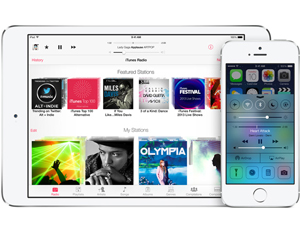 It’s a little over two weeks since iOS 7 came out and a week since Apple released an upgrade (iOS 7.0.2). Through all the praise, jeers and shouts, one question stands out in all iOS 7 users’ minds: How can I make the battery life longer? No matter which device you’re using, Apple’s gadgets have always had an issue in maximizing battery life. So, here are a few tips to help extend the battery life on your iOS 7 updated devices:

Turn off the moving background

Although it’s one of the cooler optical features offered with the iOS 7 update, the moving background runs through the battery a little more quickly than you might expect. To make iOS 7 easier on your battery, unless you are constantly looking at your phone’s background, turn it off to help conserve power. To turn it off, go to Settings, then General, move to Accessibility, then Reduce Motion.

This one is pretty straightforward. The brighter your device, the more battery it runs through. Since screen brightness is usually at a high quality, it’s unlikely you’ll need more than half its capacity. Try using your device at a lower brightness setting (your battery will thank you)–not to mention a lower brightness will be easier on your eyes.

Rather than go through the Settings option, simply go to the Control Center by swiping up from the bottom of your screen.

Just like a computer, if you have too many tabs, windows or programs open, not only will your device run slower, but it’s sure to burn through more power. Â With the iOS 7 update, you can close apps more easily. In this case, it’s a bit like putting away toys; you can’t play with them all so why keep them all out at once. Make the battery life on your device longer by shutting down a few apps. When you re-open the apps, it’ll still pick up where you left off when you closed them.

To close apps, double-click the Home button and the apps your currently using will appear. Press on the screen image (not the app icon) and swipe up to close out of the app.

Many iOS users’ devices, especially iPhones, are connected to a celluar data network via 3G, 4G or LTE. But when you’re without Wi-Fi, your device is usually set to roam for signals. This activity, while making it easier for you to connect, strains battery life on iOS 7–or any operating system for that matter. If you’re going to be in places where you know you can’t connect to Wi-Fi (i.e. subway stations, public areas or the great outdoors), turn the function off. You’ll find that it will extend the battery life. To do so, visit the Control Center.Â  The same can be done to turn off Bluetooth, which is another battery drainer.

As a newer function on iOS7, it makes life easier allowing users to share files easily from one device to another using Bluetooth and/or Wi-Fi with permission. However, if you’re not using it, the function doesn’t need to be turned on. You can disable AirDrop from the Control Center until needed.

Do you have any tricks to extending the battery life on your iOS 7 device? If so, share your insights in the comments section.

Jarobin Guerra Gilbert, 27, is a digital marketing professional who focuses, among other interests, on the roles that international cultures and spoken languages play in tech-usage habits and digital media consumption. Gilbert has experience in search engine optimization (SEO) and social media analysis. The consummate traveler is a graduate of Hamilton College and is certified in digital media marketing from NYU-SCPS.