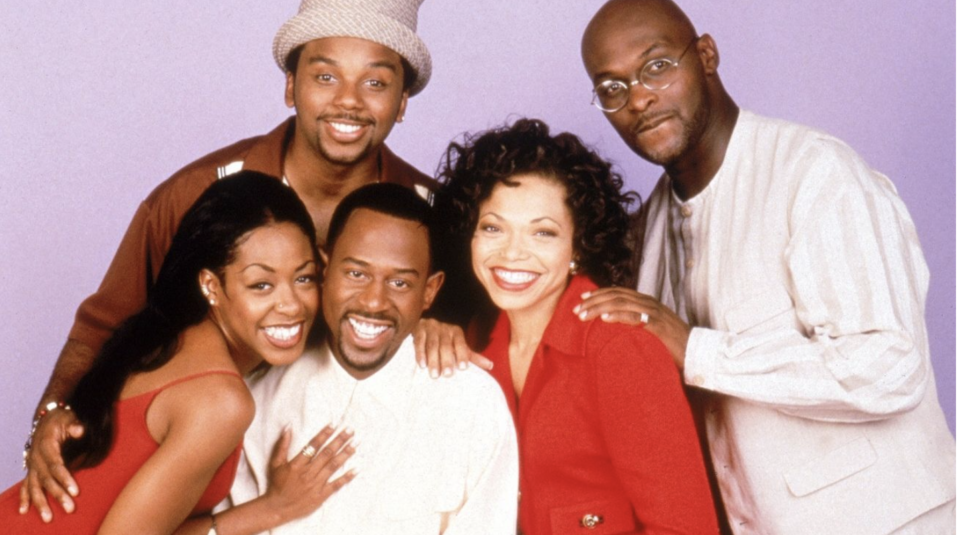 Three decades ago, Martin domineered primetime television for five seasons. The show’s castmates will now appear on a reunion special that will begin filming for BET+ on February 20, 2022. In anticipation of the upcoming reunion special, fans can watch the series on BET+ now.

Martin stars Martin Lawrence, Tichina Arnold, Carl Anthony Payne II and Tisha Campbell, and some surprise guests will reunite to discuss the series’ influence on culture and fashion, its origin, crossover success and how the popular 90s series transcended time to reach a new and younger audience. Comedian and actor Affion Crockett will host the special.

The show’s premise centered around Detroit-based radio and television personality Martin Payne and his relationships and shenanigans with his girlfriend Gina Waters, portrayed by Campbell, her sassy best friend Pam, played by Arnold, and Martin’s closest homies- Cole (played by Payne II) and Tommy.

Thomas Mikal Ford, who portrayed “Tommy” on Martin, passed away in 2016.

A press release from BET’s CEO Scott Mills promises in-depth interviews with the cast and original directors, special musical performances, and behind-the-scenes dialogue on why Martin was such a  cultural phenomenon.

“Martin is one of the most beloved sitcoms in our community, both because it is hugely entertaining and because it played a pivotal role in changing the narrative of Black voices in entertainment and in culture through the portrayal of young, ambitious Black leads and healthy Black relationships,” Mills said about the series. “Decades later, that representation is still just as important, which is why we’re so excited to honor a series that put Black culture front and center on our platform that embraces Black culture every day.”

Actor, comedian and the show’s namesake Martin Lawrence also spoke about the upcoming reunion and what it’s like to be a part of such an impactful series.

“To be able to sit here thirty years later with this amazing cast that has had such an impact on pop culture is truly a blessing. I am always humbled that the fans still want more of the show and its characters. I am looking forward to the reunion special.”

One of the upcoming show’s executive producers Jesse Collins, CEO of Jesse Collins Entertainment, said, “Martin is one of the greatest sitcoms of all time.”

Last April, Campbell and Arnold appeared on The Tamron Hall Show and were asked about a possible Martin reboot. The actresses said that it wasn’t likely.

“It’s something that we wanted to happen. It’s something we tried very hard for it to have happen. But, the way it looks to me, realistically, it’s not gonna happen. Not unless it’s an animation,” said Arnold.

Campbell reportedly left the show before it ended in 1997 after allegations of harassment circulated. Campbell and Lawrence have since settled the case and have made amends.

The reunion special is slated to air this year.