WCW: Five Black Supermodels on the Rise in Fashion 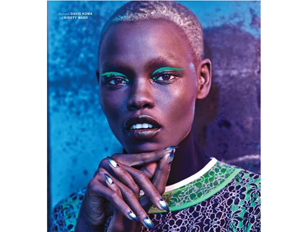 Riley Montana is so fierce that even Naomi Campbell gave her a shout out in an interview with the number one urban morning radio show, The Breakfast Club. The Detroit native starred alongside super artist Erykah Badu in the Spring/Summer ’14 Givenchy campaign, and has worked the runway in Oscar de la Renta, DKNY, Balmain and Rodarte shows, among others.

Who are your favorite up and coming models? Share with us below, or on Twitter, @BlackEnterprise, using the hash tag #SoundOff.