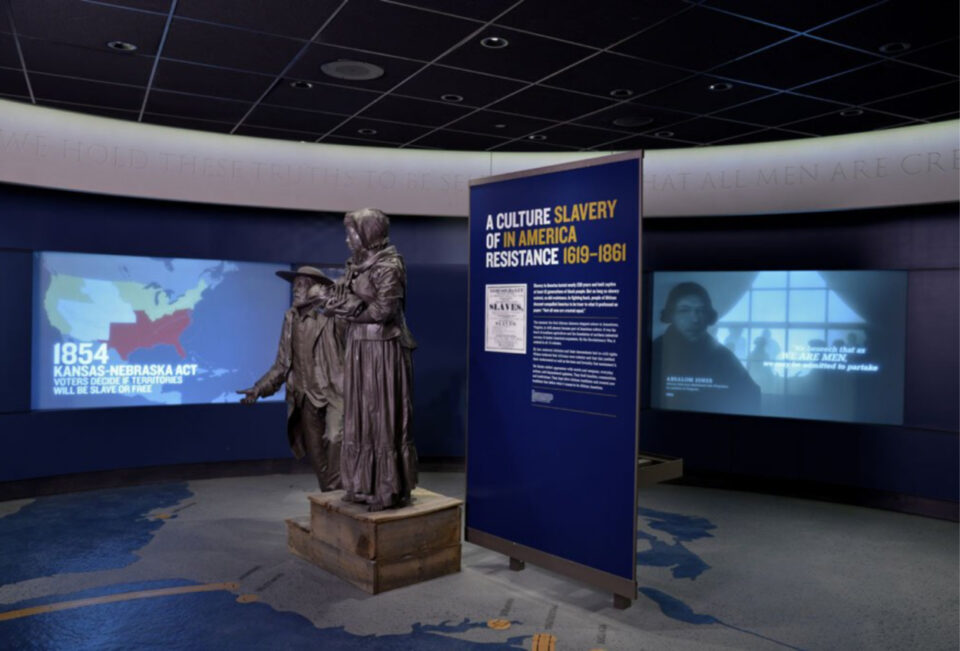 On June 19, the National Civil Rights Museum will virtually join ten leading Black museums and historical institutions from coast to coast for BLKFREEDOM.org to commemorate Juneteenth, the historic day the Emancipation Proclamation was officially enforced, ending enslavement in Texas.

As an annual collaboration, and now, a federal holiday, the BlkFreedom Collective has produced a virtual program. In its third year, the group documents a national exploration of the U.S. Constitution in “We The People” through the eyes of historic museums and anthropologists from across the United States. The presentation will premiere on partnering sites and partnering networks at 1:00 p.m. Eastern Daylight Time or 12:00 p.m. Central Daylight Time.

BLKFREEDOM.org will commemorate the anniversary of Juneteenth. Juneteenth dates to June 19, 1865, when union soldier, Major General Gordon Granger, landed at Galveston, Tex. with the news that the war had ended and that the enslaved were now free. This announcement was more than two and half years after President Lincoln signed the Emancipation Proclamation.

This year’s theme foundationally affirms the social identity of Blackness and its intersectionality within American values while raising the consciousness of structural racism and oppressive ideologies that continue to polarize this nation. The presentation explores how generations of Black Americans have preserved, innovated, cultivated, created, pioneered, strived and championed the true principles of freedom so that a new generation remembers, echoes and celebrates its ancestors’ accomplishments while remaining vigilant on not only issues of inclusion, diversity and equity, but also justice as promised in the Constitution.

Through the virtual event, participating Black institutions declare, “We the people, having significantly contributed to this country in its quest to form a more perfect union, desiring for it to fulfill its principles and values as espoused in the Constitution despite years of enslavement, oppression and discrimination, boldly define ourselves beyond race, condition or socioeconomic background. We are a holistic community and culture with a profound legacy we carry with us today.”