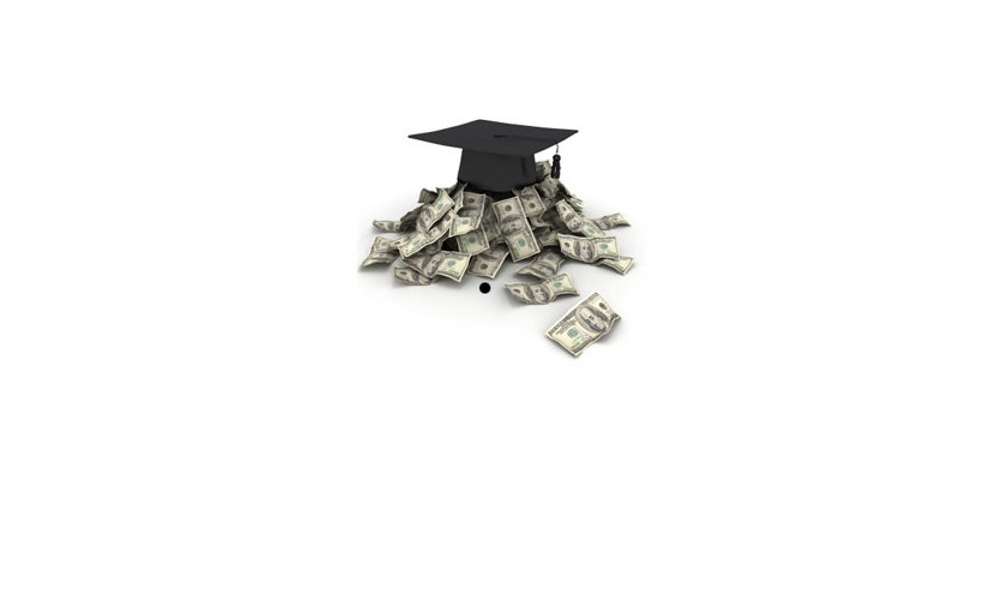 I recently had a student loan payoff celebration dinner with my friend, Renita, who paid off $25,000 in student loan debt four years earlier than her target date. Cheers to that!

When Renita graduated from Temple University in 2008 she had an unsubsidized and subsidized Stafford Loan at 6.8% each, a Perkins Loan at 5% and another subsidized Stafford Loan at 2.4%. Although she received advice to start paying off her debt while still in school, she chose to use her savings to fund her dreams of moving to New York to become a magazine writer, a goal she successfully accomplished shortly after graduating.

My thinking then was that, “It’s okay to use the money to move to New York because studentÂ loan debt is good debt,” she recalls.

But when her roommate moved out before her lease ended, Renita was left to cover the full rent amount of $1,500 on the two-bedroom Bed-Stuy apartment. Her take home pay was only $1,600 at that time. Forced to get a second job after unsuccessful attemptsÂ to find another roommate or sublet until her lease was up, she earned extra income by working at a local video rental store and later started mystery shopping for Bare International that paid between $10-$40 per job.

“I had always been a good saver, but it was at this time that I really started to think about creating a wealth plan. I depleted all of my savings trying to cover the rent and utilities and had to put my student loans inÂ forbearanceÂ from January of 2009 to December of 2010. Interest was compounding daily,” she explained.

The 12 monthÂ forbearanceÂ cost her an additional $2,000Â in interest.

“After getting a new job in late November of 2010 my salary increasedÂ and I was able to put every other paycheck towards the interest on my student loans. It took me four months just to pay off the interest,” she recalls.

Renita says, “I used to think that student loan debt was good debt, but that’s BS, debt is debt. In my opinion student loan debt is the worst kind of debt. It’s extremelyÂ difficultÂ and rare to get rid of during bankruptcy and lenders can garnish your wages and social security.â€

Although Renita’s student loan debt days are over, she is on a mission to help others get educated about their finances and encourages them to stay motivated during the debt repayment process with these tips:

1.Â Choose your school wisely: Go to a school that you can afford.Â If you can’t afford it, don’t go, simple as that. People are mortgaging their futures by trying to go to a school because of the name knowing that they can’t afford it and that it will leave them with mounds of debt. Look into state schools or even go to a community college or a local branch for two-years to save money. She also encourages students to make scholarship hunting a full-time job during their junior and senior year of college and even while in college.

Resources: Visit sites such as Fastweb.com, CollegeBoard.org, Scholarships.com, and The Gates Millennium Scholars Program just to name a few.

Additional reading: CheckÂ out how Monique Harps eliminated $72,000 in debt in four years and how Cornell and Jammie Brooks paid off $54,200 in debt in 13 months in the June 2012 issue of Black Enterprise Magazine.

3.Â Use online calculators: Since posting that I finally paid off my student loan debt on Twitter and Facebook, I have gotten messages from family and friends asking me how I did it. I have friends who have $75,000 and more in student loan debt and haven’t started paying it back yet. Some people think if they continue going to school they can avoid payments while the anxiety of debt is too much for others and they chose to avoid opening bills or answering the phone.Â You can’t hide forever. First thing I tell them is to get started! I was living in New York and had no strategy about paying my student loans off. I would just pay the minimum knowing that I would pay off the debt eventually, hopefully before age 30.

But after going through that situation with my roommate I started to utilize online calculators to average out the interest rate for all the loans and started to set specific goals. I found the student loan calculator at CNN MoneyÂ to be a simple tool to help create scenarios to shorten the length of my loan and reduce the interest I’d pay. It showed me that if I applied an extraÂ $300Â each month I would be able to pay off my debt twoÂ yearsÂ ahead of time. I was able to continue plugging numbers in as my income increased and once I got out of that lease and started making more money I was able to surpass my first calculation by not letting lifestyle inflation kick in. While I could have taken a trip overseas, got cable or ate out more with the extra money, I continued to live the same way that I had been living when I was making less income and applying the difference towards my student loan debt.Â I live under my means much more now even though I paid off my debt.

4. Select manual payments if offered:When you pay your student loans online you can select auto pay or manual pay. When I first started paying my student loans back I selected auto pay, but what I learned is that when I started paying more than my minimum and making extra payments on the loan, the lender selected which loan to apply the additional funds to. They were putting my extra loan payments on the loan with the lowest interest rate. I wanted it to go to the loan with the highest interest rate. At one point I was paying three times the minimum on my student loan with the highest rate and as my loan amount decreased the lender reduced my monthly minimum payment. This is a trick. Don’ t fall into it!

Most people will feel relived thinking the lender is rewarding them with a lower monthly payment, but what they’re really doing is stretching out your loan and you’re still accruing interest! You have to be diligent and consistent in paying a set amount every month no matter what the minimum payment fluctuates to. When you make manual payments you have complete control over where extra monies are applied to and know exactly where your money is going. Pay off the most expensive loan first and then redirect those funds to the loan with the second highest interest rate. Continue until all loans are paid off.

Quick Tip: When making your final student loan payment be sure to select “pay full amount” instead of what you see as the balance on your statement. I thought I had paid off my last $4,500 and then the next day saw a balance of $8.97. After calling the lender I learned that the $8.97 was the interest that had accrued on that $4,500 the day before.

5.Â Get a second job (and maybe a third): It was tough, but I had to find other ways to generate income. After working 40 hours a week at my first job, I picked up 20 hours at a video store three days a week and then started mystery shopping. Those jobs paid anywhere between $10-$40 an hour. When I make this recommendation to my friends they see $10 asÂ insignificant. ItÂ may not seem like a lot but those small jobs paid a light bill, gas or covered groceries for the week. You can’t look at any amount as too small; it adds up. I needed to adopt the mentality to take even the small amounts and commit to living the same even after I started making more money.

How much do you owe in student loans? What’s your strategy?

Need a boost? Enter ourÂ Financial Fitness Contest for a chance to win $2,000 and a one-hour session with a certified financial planner.