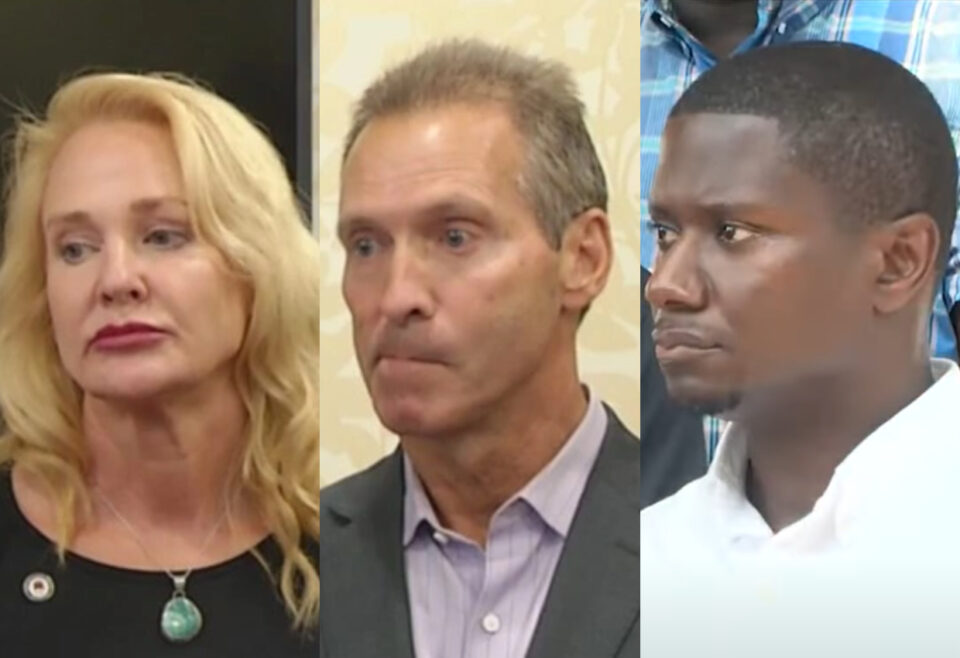 The better half of a wealthy couple in Rochester, New York, owns up to running a “blatantly racist” Twitter account under various fake names.

Jerrod Jones, a Black member of the Rochester Fire Department, claims that Capt. Jeffrey Krywy made him and three other firefighters attend the party — while on duty. Upon arrival, Jones says he was shocked to see racist imagery, including Juneteenth flags with buckets of Kentucky Fried Chicken underneath them and photos of Democrat politicians on spikes protruding from the ground.

The firefighter also claims to have seen a female performer seemingly impersonating Monroe County Legislator Rachel Barnhart sexually. Jones filed a notice to sue the City of Rochester and the Rochester Fire Department due to inaction against the captain and the couple behind the party.

Krywy retired from the department before he could be investigated, according to the NY Post. Meanwhile, the Nicosia’s decided to hold a press conference on Tuesday to clear their names.

“I’m here to defend myself from false claims of racism,” Mary said.

However, all the couple managed to do was reveal their seemingly racist ties. Mary admitted to running a Twitter account that spewed out “blatantly racist” rhetoric under a fake persona.

“But before I do that, in full disclosure, I do have a Twitter parody account that operates under a veil of a persona — and I have made blatantly racist comments under that persona,” she confessed.

The mother of two likened her racist tweets to “the culture of Twitter” and apologized to the Black community.

“The culture of Twitter operates that way and it’s part of its charm. I don’t want to say its charm, but it gives you an opportunity to be someone that you’re not,” she said.

“For these comments, I’d like to apologize to the African American community and other people in the community that I have hurt or offended by doing what I was doing on Twitter.”

The Nicosia’s deny being racists and claim the allegations are an “unfortunate misconstrued portrayal of our family by uninvited guests to our home.”

The couple’s attorney, Corey Hogan, doubled down on their claims, saying they were nice and welcoming to Jones and the other firefighters.

“They shook his hand, welcomed him, asked him if he wanted any food or drink, and asked him to come into their yard,” Hogan said.

“What is racist about that?”