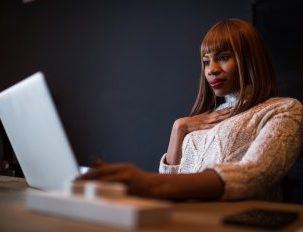 In this week’s edition: Longtime African American Pittsburgh residents are being pushed out by tech professionals; black tech founder was told he was not “black enough” to be featured in a predominately white business magazine; politicians probeÂ facial recognition technology and racial bias; plus more news at the crossroads of science, tech, and race.

Black Tech Founder Not “Black Enoughâ€ for This Magazine

Brian Brackeen, the CEO and founder of Kairos Inc., has been featured prominently in Black Enterprise, The Miami Herald, at SXSW, and a slew of other media outlets and events. Imagine his surprise when a featured article about him in Inc. magazine wasÂ canceled, because editors felt his story as an African American tech entrepreneur wasn’t compelling enough. They were looking for the stereotypical “young man from the hood makes goodâ€ story. Brackeen hails from an average, middleclass family that lived in the suburbs. Inc. dropped the coverage, and Brackeen took to Medium to air his take on the matter.

The Marketplace reports that, ever since tech companies including Google, Amazon, and Uber, have moved in, Pittsburgh’s housing market is becoming expensive. More white tech professionals are moving in and displacing longtime black residents.

A Â United States House of RepresentativesÂ committeeÂ is looking into facial recognition technology and bias. One problem they are exploring is the technology’s “accuracy deficiencies, misidentifying female and African American individuals at a higher rate.”

A California civil rights group filed a lawsuit against vehicle maker Tesla, alleging the company did not adequately respond to complaints of racial harassment from an African American employee.

Ignored Potential: A Collaborative Roadmap for Increasing African American Women in EngineeringÂ is a study written by a group of engineers, scrutinizingÂ the roadblocks and opportunities for black women in the engineering disciplines.