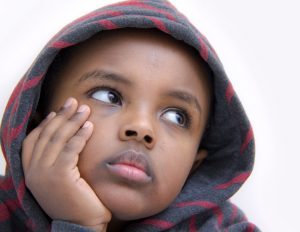 This Week in Tech Racism looks back at the summer home of Martin Luther King Jr. in San Francisco, where black natives are routinely shut out of tech jobs. Also, with the resignation of tech CEO Ursula Burns and Rosalind Brewer’s retirement as CEO of Sam’s Club, there are no more black females in the C-suite at any major corporation. Check out these stories and other news that stands at the intersection of technology and racism.

Study: Not One Single Unicorn is Black

Mercury News examines the fact that there is not one, single “unicornâ€–a startup with a valuation of $1 billion and up–founded or led by an African American. The articles cites example of exemplary tech talent and concludes, “A track record like that should produce a lot more investment in the 450,000 African American technology professionals.â€

African Americans Denied Access in the Land of Tech

The San Francisco Chronicle poses the question, “Would Dr. Marin Luther King, Jr. recognize San Francisco today?â€ Dr. King routinely spent summers there in his youth. Today, many African Americans do not have access to tech jobs in San Francisco, as they do in the smaller tech hubs of other cities.

USA Today interviewed venture capitalist Charles Hudson, who was a speaker at Black Enterprise’s inaugural TechConneXt Summit two years ago. Hudson’s VC form, Precursor Ventures, is on a mission to make “sure more entrepreneurs from diverse backgrounds get an equal shot at venture capital dollars and their Silicon Valley dreams.â€

This Is the End of Black Female CEOs In Corporate America

Ursula Burns recently resigned as CEO of Xerox, not long after the company split into two business units. Now, Rosalind Brewer has retired as CEO of Sam’s Club. Black Enterprise’s senior business editor, Carolyn M. Brown, offers why it’s so troubling that there are currently no black women as C-level executives at major companies, any longer.

How Companies Get Diversity So Wrong

Black Enterprise’s digital managing editor, Maryann Reid, outlines how companies, as well-meaning as they may be, get their diversity goals and initiatives all wrong.