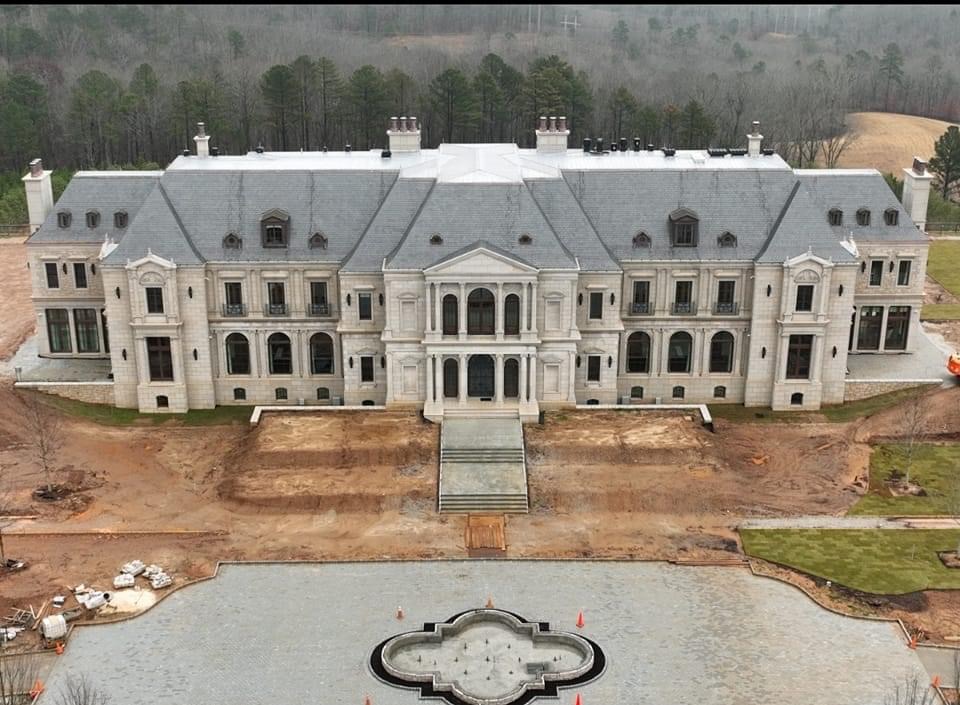 Well, it looks like Madea has done pretty well for herself. Surely her alter ego Tyler Perry has!

The prolific director and movie mogul is building a sprawling mega-mansion in Atlanta and it’s quite a sight to see.

After dealing with fans coming by his last home in Atlanta to take pictures and pose after it was featured in Diary of a Mad Black Woman, this time it looks like Perry built a home that is quite secluded and takes quite a drive to even get to the front door.

Maybe Perry is building UP so he can slow DOWN.

While Perry says he loves “directing for 12- or 15-hour days,” he admits he could get even more done if he allowed others to get their feet wet.

After two decades of entertaining audiences through plays, films, and television, Perry shared his plans to “relinquish” some of his control to emerging writers and directors.

The Emmy Award-winning director is busy churning out episodes for his seven shows and counting at ViacomCBS. Tyler Perry Studios is celebrating 15 years of significant project releases across film and television.

With his groundbreaking 330-acre production studio in Atlanta, Perry still works harder than most. He’s known to push out a 25-episode season of a show in just three weeks and writes and directs all of his projects.

In 2019, Perry was honored by The Hollywood Chamber of Commerce with the 2,675th star on the World Famous Hollywood Walk of Fame, in the category of Motion Pictures, in Los Angeles.

We truly wish him well. But we do want our invite to the party!