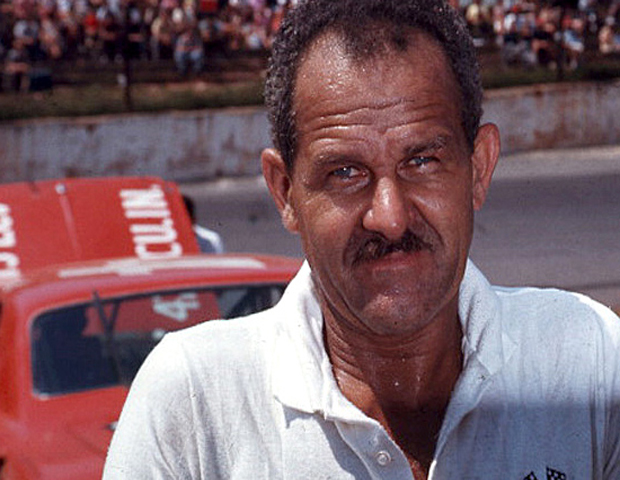 Friday, Jan. 30 marked a landmark moment in history when Wendell Scott Sr. became the first African-American racecar driver to be inducted into NASCAR’s Hall of Fame.

He made 495 starts (35th on the all-time list), and accumulated 20 top-five and 147 top-10 finishes in more than a decade in the NASCAR premier series competition. And all of this was accomplished during a time when Jim Crow laws were the norm, and inequalities were prevalent in the sport. He’d oftentimes push through challenges of discrimination—even death threats—with his family along the way as support, some even working as his pit crew.

The husband father who had also served in the military during World War II, and pursued his passion for racing after his service, retired from racing in 1973, and died in 1990, at age 69.

More than 100 family members and supporters of Scott gathered in Charlotte, N.C. to enjoy the festivities of the induction, and many watched as history was being made and commemorated for the posthumous honor.

“Dad was a man of great honor. He didn’t let his circumstances define who he was,â€ said his son, Franklin, who accepted the honor for his father and family. “Another one of his great attributes was perseverance. There were two words that were forbidden for us to use growing up in the Scott household: can’t and never. In spite of the many obstacles, struggles and hardships he faced, he persevered. And what seemed to be insurmountable odds to others, dad considered an opportunity. It’s a testament of fortitude that places him among the greatest to compete in the sport he loved: racing.â€

Darrell “Bubbaâ€ Wallace, a product of NASCAR’s Drive for Diversity (D4D) program, followed in Scott’s footsteps, becoming the first African-American driver since 1963 to claim a NASCAR national series victory in October 2013 at the NASCAR Camping World Truck Series race at Martinsville, Va. Wallace would honor Scott late last year with another win in Martinsville, in Scott’s signature No. 34 and a powder-blue Toyota Tundra, defending his Kroger 200 title as Scott’s family looked on. [Video Below]

Wallace reflected on that win and Scott’s legacy at the ceremony in Charlotte. “It was really cool to have the family there in victory lane. Thinking about it now makes me pretty emotional, so, it gets me fired up for the next season,â€ he said “I just want to say congrats to all the inductees of this year. This is a special night, for sure, for the whole sport, and everybody who is in this room is considered part of the NASCAR family, so thanks to everybody for coming out.”

Another leader in the industry among many who witnessed history in the making was Max Siegel, owner of Rev Racing, a NASCAR racing team, and former president of global operations at Dale Earnhardt Inc.

[Related: Yes We Do That: A Black Woman’s Awesome NASCAR Escapade]

“This is one of the biggest days in American sports history,â€ Siegel said. “Very few people understand the significant contribution Wendell has made to this sport. People revere him because he was truly a racer, he was passionate about it, and he was there to compete despite any of the obstacles that he faced. In order to be successful, you have to have resources, and Wendell, on limited resources— financially and in reference to equipment—all of those things, he was still able to compete at the highest levels and win. His commitment and how he conducted himself and caught the attention of people like Richard Petty, Richard Childress, and some of the other racing legends— it’s amazing what he was able to accomplish on the limited resources that he had.

Scott’s legacy lives on in efforts such as NASCAR’s D4D program, as well as scholarships in his name through the United Negro College Fund, the Hispanic Association of Colleges and Universities, and the Thurgood Marshall Scholarship Fund; the Wendell Scott Trailblazer Award, which is awarded to a diverse or female driver in the NASCAR Whelen All-American Series who has demonstrated significant contributions on and off the track, and the Wendell Scott Foundation, a family affair as well, offering job readiness, mentoring and leadership resources to the underserved and underprivileged.