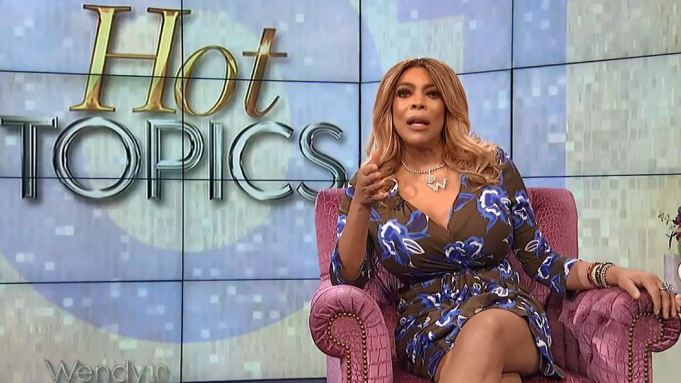 Just a week after Wendy Williams’ son posted a video showing fans that she was on the mend, inside sources claim the exact opposite is happening.

Amid Wendy’s hiatus from The Wendy Williams Show, those with direct knowledge claims the talk show host isn’t doing as “fabulous” as she has claimed. With Williams battling a number of medical conditions, insiders say the wittiness she displayed on her years-long show has disappeared.

“The spark is gone,” a source told “The U.S. Sun.” “That Wendy, who for ten years had that spark in her eyes, that cheeky grin and that little wink is not the same now.”

It’s a constant change in her behavior while she works to recover, insiders say. One day she can appear healthy and jubilant while another can be drastically different.

“She’s not always functioning like she used to be,” the source explained. “She has days where she needs help eating, getting out of bed, and getting dressed.”

“Sometimes she goes out in a robe and without shoes on—the old Wendy would never have allowed herself to be seen out like that.”

To make matters worse, insiders claim Williams is starting to have trouble recognizing people who are fixtures in her life.

“There are people who Wendy knows—who have worked closely with her—and there are days that she has no idea who they are,” the source said.

Insiders say the memory loss is nothing new. “She was forgetting things on the show a lot—information on stories, celebrities’ names. That’s why she would lean on producers, to help feed her information,” the insider said.

Wendy has been missing from her show since the season started in September. While fans wonder if and when she’ll make a return, insiders say don’t expect a video message from her anytime soon.

“She really can’t do a video,” they said. “She’s been having a hard time holding a conversation.”

In addition, there were recent claims of Wendy relapsing and acting strangely during a Zoom call, Madamenoir reported. When her manager and others came to check on her she allegedly was intoxicated and acting belligerent before stripping naked and touching herself inappropriately.

In what appeared to be a subtle response to the claims, Wendy’s son, Kevin Hunter Jr., posted a message reading, “When the hate don’t work they start telling lies.”

Last month it was reported that Wendy would return to her show in February. But considering the latest reports, that is unlikely to happen.