After the gossip talk host’s recent unwarranted advice to actress and social influencer Tabitha Brown, Hunter seemingly responded to Wendy’s shade with a cryptic message of his own.

His post came amid his ex-wife being a trending topic for issuing out a warning to Brown after The Chi actress bragged about being able to retire her husband and allow him to follow his dreams.

Williams referenced her own failed marriage when telling Brown to be careful about allowing her husband to retire from his job with the Los Angeles Police Department.

But instead of ignoring the unsolicited shade, Brown took to Instagram to respond with a smooth soulful clap back and made sure to tell Wendy “God bless you.”

Keep God FIRST! This is my word and prayer for @wendyshow and anyone else that doesn’t understand this type of love and support❤️. God bless y’all,” Brown said in the caption.

Brown’s soft-spoken response garnered her more fans and had the internet making a mockery of Williams and her long history of issuing out negative criticisms.

Hunter hopped on the opportunity to take shots at his ex and posted an Instagram Story caption that appeared to be in response to Wendy’s comments on their failed marriage.

“I’m coming to realize that being ungrateful is a disease that only God can heal,” Hunter said. “That’s why you receive blessings regardless of a person’s actions…He doesn’t forget nothing!!!”

Williams and Hunter were married for 21 years when she decided to finally file for divorce after learning he fathered a child with his mistress. Hunter is still dating the woman he was having an affair with. 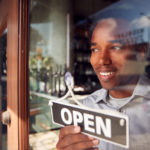 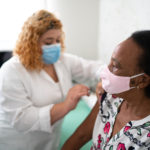