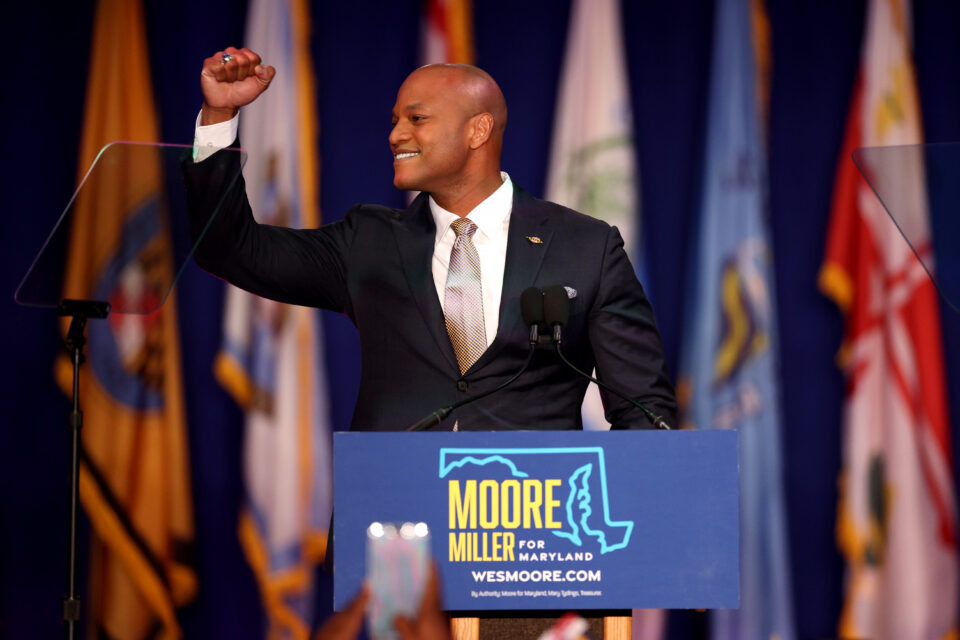 NPR reported that Moore received nearly 60% of the vote, getting more than 900,000 votes in the state, while Cox, a Trump-backed Republican, didn’t crack the 40% margin.

In his victory speech, Moore was quick to thank his supporters in Maryland and those who worked during his victory party.

“I want to take a moment to thank those of you who made tonight happen,” Moore said.

Moore did not shy away from the historical significance of his win, joining former Massachusetts Gov. Deval Patrick and former Virginia Gov. L. Douglas Wilder as the only Black governors in U.S. history. Moore’s running mate, Aruna Miller, also made history as the first immigrant in Maryland to hold a statewide office.

Many could be looking at Moore as the next Democratic candidate for president if Joe Biden decides not to run for reelection. However, Moore said he is committed to the state of Maryland for the next four years.