What Are You Making? White House Champion 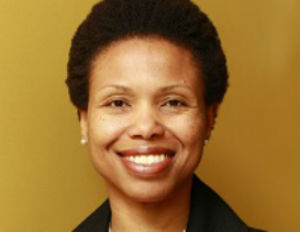 She tells the story of a young black man, Brandyn Armstrong, who dropped out of high school in Cleveland,Ohio. Armstrong, however, had access to a 3-D printer which he used to build a prototype for an entrepreneurship competition. Armstrong submitted his product, Studio Stick–and won. He is now pursuing a B.S. in business.

“Fab labs and maker spaces–which have 3-D printers–aren’t a silver bullet,â€ Pryor-Jones concedes. “But they can provide an additional tool for young people to help them to be better prepared.â€

BE Smart spoke with Pryor-Jones shortly after she was named one of the 10 White House Champions of Change in the Making category.

Exactly what is ‘Making?’

The Maker Movement encourages Americans to ignite their creativity and everyday personal innovation primarily by utilizing maker spaces–spaces in communities that allow people to use equipment and tools to create art, new technology, or everyday personal and even hobby-based items. They can use STEM skills or artistic skills to express themselves or to create things that serve and assist others.

What is the Fab Foundation?

The Fab Foundation is a spinoff of a fab lab program that MIT ran out of its Center for Bits and Atoms, which explored what happens when you bring together the physical sciences and the digital sciences.

The program grew so quickly, the nonprofit Fab Foundation was established to run it. It merges the work of physical science and computer science.

In generic terms a fab lab falls under a maker space, but fab labs are specifically devoted to digital fabrication. Fab labs include open source software to design and create, as well as industrial grade electronics and machines.

Is the goal of a fab lab to develop a small business?

The goal is really multi-faceted. One goal is to help young people to be more competitive in the global market. These spaces allow people to use STEM skills in a way that they’re not thinking about the math and science they’re doing, but about how they’re working on a project that’s solving a problem in their community.

They’re not just increasing STEM content knowledge–they’re building core skills, such as confidence, the ability to work in teams and communicate with others, and personal agency–things that are critical and dynamic in a global workforce environment.

To learn more about Pryor-Jones and the other White House Champions of Change in the Making category, go here.