Timeline: What Has Obama Done Lately For The Country? 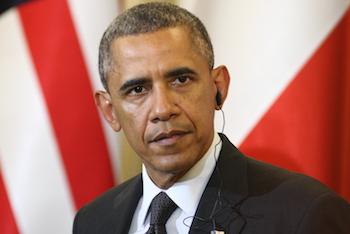 Over the course of the last three weeks, President Obama went on the road to outline his plans for manufacturing, broadband and community college tuition. Before the State of the Union, President Obama proposed a new tax code. He proposes bringing the capital gains tax to 28%, which political pundits say is back to the level of the GOP idol, President Reagan. President Obama took the risk and wrote an executive memorandum on immigration; President Bush tried immigration reform, and despite his best efforts and a Republican led Congress, could not get movement on his plan.

“Let’s Make This A Year Of Actionâ€ is what President Obama proclaimed at last year’s State of the Union address. He kept to his word by using his pen, taking more more than 40 executive actions to help families succeed across the country, reports the White House. This included helping to make student loan payments more affordable, supporting equal pay and workplace flexibility, cutting carbon pollution, and signing an executive order to raise the minimum wage for all workers on new federal contracts.

While Obama faces trash talk on all sides and despite bitter opposition (the least productive Congress in history set records in obstruction), he has emerged as one of the most consequential and successful presidents in American history, wrote the Rolling Stone, “In Defense of Obama,” back in October. According to the Rolling Stone, his health reform is imperfect but still a huge step forward — and it’s working better than anyone expected. What’s more, economic management has been half-crippled by Republican obstruction, but has nonetheless been much better than in other advanced countries. And environmental policy is starting to look like it could be a major legacy.

On the White House Website is a detailed document is an outline of the more than 40 actions the president took just within the first half of 2014. Here’s a quick glance:

RELATED STORIES: Is There An Obama Legacy Smear Campaign?

June 9: Presidential Memorandum directing ED to allow all direct loan borrowers to cap their loans at 10% of income, benefiting up to five million with student loans.

June 4: Joined four governors and 77 mayors to call for an end to veterans homelessness by the end of 2015.

June 2: Proposed the Clean Power Plan to protect the health of our children and put our nation on the path toward a 30% reduction in carbon pollution from the power sector by 2030.

May 30: My Brother’s Keeper Federal Task Force issued its 90-day report recommending a series of steps we can take—working across agencies and across sectors— to expand opportunity for young people across the country.

May 28: Energy Datapalooza with commitments from utilities and cities to use open data to drive energy efficiency.

May 22: Presidential Memorandum directing DHS and Commerce to take steps to improve the entry process for international arrivals.