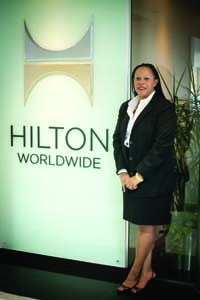 Godfrey quickly began working his network and contacted former colleagues and classmates, including those from Colgate University and Georgetown University Law Center. “I told people what I could do and asked if there were any opportunities within their organization that would allow me to be successful and productive,â€ he says.

A mentor and former colleague from a law firm told him about a position with MLB Advanced Media L.P. Godfrey contacted people within the organization, including the CEO, to learn more about what the company needed. Five months after leaving Lehman, Godfrey became vice president of international business development for MLB Advanced Media.

It’s important, Godfrey emphasizes, to have ongoing conversations with friends, colleagues, and associates so that you’re not only contacting them in times of crisis. “People were familiar with me in a number of different industries, so it was a little easier for me to transition based on the networking I had done prior to [leaving] Lehman,â€ he says.

When Godfrey set out for his next opportunity, he worked with search firms and professionals within the sports industry and shared his aspiration to run an organization. In May 2012, Godfrey was appointed CEO of iHoops, the youth basketball organization of the NCAA and the NBA. It provides programs to improve the quality of youth basketball in the United States.

Godfrey, like Shaw, believes self-confidence is essential, but that a certain degree of risk is required to pursue your career goals. “It’s also about having a certain aggressiveness in terms of going out and saying, ‘I’m not going to fall down,’â€ he says. “I think failure is OK, but being afraid to fail is not.â€