Exclusive: What Motivates 50 Cent to Get Rich or Die Tryinâ€™?

For our January 2011 issue, rapper Curtis “50 Centâ€ Jackson provides BLACK ENTERPRISE an all-access look at how he’s evolved into an entrepreneur extraordinaire. In a revealing interview, the 35-year-old speaks candidly about recent deals, notable milestones and future plans that make up his burgeoning business empire. But just what goes into being Curtis “50 Centâ€ Jackson? You’ll have to pick up the January issue when it hits newsstands on December 28 to get the full story, but in the meantime BLACKENTERPRISE.com will whet your appetite with a series of Web exclusive content that further unmasks the controversial businessman…

Curtis “50 Centâ€ Jackson‘s upbringing in the streets of Southside Queens, NY, wasn’t easy. But it’s actually where he first picked up his keen business sense. In this exclusive online story, Jackson, one of our 40 Next, shares what (or better yet, who) motives him to succeed.

The rapper-turned-entrepreneur attributes his business acumen to his late mother, Sabrina Jackson, who hustled selling drugs to support him before she was killed.

“My initial business model [comes from] the streets, and even though the influence wasn’t positive, I understand what [my mother’s] motivation was [in] doing the hustle,â€ says Jackson. “A mom pregnant at 15; the option was to go on welfare or to hustle.â€

After his mother’s death, an adolescent Jackson went to live with his grandparents. And although they provided a stable and legitimate household for him, he inevitably went astray (as his music catalog would later document).

“The only people I [saw] that had money to spare were people from my mom’s [street] life that had [her] same lifestyle,â€ he admits. “When you allow a kid to make an adult decision, nine times out of 10, they’re going to make the wrong decision.â€

But eventually, Jackson would take those same hard-knock life lessons and moneymaking moves he learned from his mother, and decide to reinvent them rather than emulate them. It was for good reason.

“My son was the motivation,â€ says Jackson about his now 14-year-old son, Marquise. He also finds the parental parallel ironic, adding, “I motivated my mother to go in the wrong direction, and then my son motivated me to go in the right direction.â€

Bestselling author Robert Greene co-wrote the bookÂ The 50th Law (Harper; $20) with Jackson and believes the hip-hop figure is both a product, as well as an anomaly, of his environment.

“A lot of hustlers who were on the streets as early as [Jackson] was never leave it because they’re afraid,â€ explains Greene, who also authored The 48 Laws of Power (Penguin; $20) and The Art of Seduction (Penguin; $20). “They look strong and tough and you wouldn’t want to mess with them; but deep down inside they’re afraid of going out of their comfort zone, trying something different, or leaving a world that actually doesn’t go anywhere–and [Jackson] left it. He [was and] is not afraid.â€

Today, Jackson’s childhood and where he grew up provides him with a sense of distance–an advantage of sorts, adds Greene. “It allows him to make all kinds of really keen business decisions.â€ It also gives Jackson the momentum to push others.

“I’m from the bottom, so you got to find another excuse,â€ asserts Jackson, referring to those who may want to quit or views their situation as a dead end. “And any excuse you can come up with is not a good enough, when you compare it to what my life experience has been, to why they can’t be successful–the right way.â€

For more on Curtis “50 Centâ€ Jackson, read “The Many Faces of 50â€ in the January 2011 issue of BLACK ENTERPRISE, which hits national newsstands on December 28.

Tell us what you think: Is it easy or difficult for someone to become a product of their environment? Got a similar story like Jackson’s where you defied the odds to succeed? Â

5 Tips for Showing Your Clients Love During the Holidays 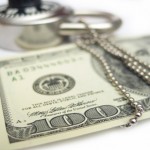