The One Fight Muhammad Ali Did Not Win 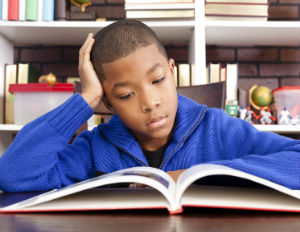 In the news this weekend about the death of former heavyweight boxing champion Muhammad Ali, many probably noticed a heartbreaking sentence in one of the many retrospectives on Ali’s dynamic life.Â The New York Times reports that in the segregated schools he’d attended, the champ had never been taught to read properly. Ali confided later in life that he had never read a book, not even the Quran.

But that was in the past, right? Today’s students of color are literate and learning. If only that were true.

According to Building a GradNation, a report written by Civic Enterprises and the Everyone Graduates Center at Johns Hopkins University released in partnership with America’s Promise Alliance and the Alliance for Excellent Education, the country’s public schools face deep inequities and continued racial and economic segregation, not unlike the schools of Ali’s youth.

Here are some reasons to remember that the fight for educational equity is far from over: