What the Obama Administration is Doing to Fight Black Unemployment 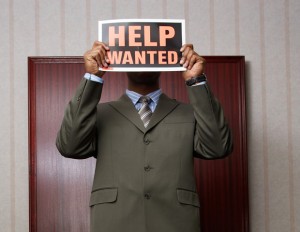 While the amount of jobs created last month pace below recent months, the numbers remain above the growth needed to maintain a low and stable unemployment rate. Over the past year, wages have rose 2.5% and the labor force participation rate has edged up to 62.7%, the same level from March 2015. In 2014 and 2015, the private sector alone added 5.5 million jobs, the most in any two-year period since 1999.

In a press conference Friday, President Obama delivered remarks in regards to the latest unemployment report and in the midst of praising American workers and business owners for helping to improve the economy, he made note that “we also have to do more to make sure that the progress we do make is broadly based and impacting folks up and down the income scale.”

In his efforts to promote work and reduce poverty, Obama has expanded the Earned Income Tax Credit (EITC) and Child Tax Credit (CTC), which together provide about 16 million families per year with a tax cut average of $900. When it comes to African Americans, about two million families a year see a tax cut of about $1,000 each.

Economist Margaret Simms, who serves as director of Low-Income Working Families Initiative at the Urban Institute, says that today’s economic disparities are nothing new.

“The two to one unemployment ratios between African Americans and whites stems from many things, most stemming from past or current discrimination,” says Simms. “They include access to skills training, segregated neighborhoods, far from good job opportunities, lack of access to information and job networks, and employer discrimination. Eliminating these differences would help close the gaps.”

In an effort to address some of these issues, President Obama unveiled a set of “best practices” that over 80 members of the Fortune 500 and over 20 members of the Fortune 20 are using to recruit and hire long-term unemployed individuals, around which one quarter are African American. In December, he also signed the Fixing America’s Surface Transportation (FAST) Act into law which works to rejuvenate the American workforce by supporting transportation infrastructure. With every $1 billion investment in transportation leading to the creation of more than 10,000 jobs, the Obama administration has launched a new one-year pilot program called Local Hire, where recipients of highway and transit grants give preference to local residents, low-income workers and veterans in their hiring process.

Additionally, Obama has worked to make access to a college education more affordable by signing a legislation to increase total Pell Grant funding by 70% and has worked with Vice President Biden to improve on-the-job training and employment programs so that ready-to-work Americans can be effectively placed in open positions.