What the Japan Crisis May Mean for Your Portfolio 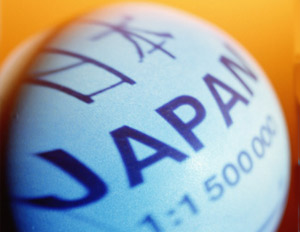 As Japan struggles to recover and rebuild from one of its worst crises, money managers and investment analysts assess the aftermath and what it means for financial markets and investors. BLACK ENTERPRISE interviewed a number of leading black asset managers to get their take on the impact on American industry. In fact, some believe investors may find future investment opportunities within Japan itself.

“Frankly, we’re learning more each day that the range of outcomes is extremely wide. I’d say regardless of what happens it has obviously been a terrible tragedy and it’s very unfortunate,â€ says Jason Tyler, a senior vice president at Ariel Investments L.L.C. (No. 5 on the BE ASSET MANAGERS list with $5.1 billion in assets under management). “There’s a lot of money that’s going to have to be repatriated and as they dig out and rebuild and assess the damage, and try to get their infrastructure intact. So they’re going to be spending a lot of their money internally in trying to get the country back on its feet in the next several years.â€

Japan’s devastation confirms Tyler’s assertion. On March 11, the nation faced a cataclysm unlike any it had before — a 9.0 earthquake, a 20-foot tsunami and a nuclear threat.

As the world responded to those events with donations, the financial markets responded with panic. Five days after the crisis, the benchmark S&P 500 index fell a staggering 3.6% to 1,256.88. During the same period, the Chicago Board Options Exchange Volatility Index, or VIX–Wall Street’s barometer of investor anxiety–reached its highest level since July 2010.

What a difference a week makes. When the market closed on March 25, investors seemingly recovered from the post-tsunami shock. After the Commerce Department’s reported that the US economy grew at a 3.1% annual rate in the fourth quarter, the S&P 500 rebounded to close at 1,298. The VIX slid 42% since March 16, the biggest decline in more than two years.

Even with the current spurt of investor exuberance, a number of money managers maintain it is still too early to forecast the extent of long-term industrial damage but they expect considerable wreckage in the automobile and tourism sectors. They maintain that investors should take note of such trends to spot portfolio-building opportunities.

As far as its impact on US business Tyler says the auto industry definitely will take a hit because of unavailability of parts that could halt production for a significant period of time. Manufacturers that produce hybrid cars are among the most vulnerable.

“Even if a lot of cars are assembled here, the availability of parts is really the key. They can be surprised by what’s going to be impacted because it could be just one or two key parts that can slow production so it’s something that everybody’s watching,â€ Tyler says.

“The disaster is affecting US and global business and could have a trickledown effect on small and black-owned businesses. It could impact the auto industry since so many cars are manufactured in Japan as well as some of the technology like chips,â€ he says. “Prius and other popular hybrids are all manufactured in Japan but I’ve heard there’s only a month’s supply. Many Japanese manufacturers have plants in the US.â€

McKissack also predicted that retail and tourism sectors could be negatively impacted because Japanese tourists frequently travel to the US and are large consumers of luxury goods. Japan ranks behind Canada, Mexico and Britain as the largest source of our nation’s tourists. In 2010, the U.S. drew 3.4 million Japanese visitors, who spent, on average, $4,500 per person per visit, behind only the Chinese, who spent an average of $6,800 and Australians, who doled out $4,700, according to the Commerce Department. Moreover, The International Air Transport Association, the trade group representing the world’s largest airlines, reported that it expects a major slowdown in air travel to and from Japan, which accounts for 10% of the industry’s revenue.

Dawn Alston Paige, executive vice president of Piedmont Investment Advisors L.L.C. (No. 9 on the BE ASSET MANAGERS list with $2.9 billion in assets under management) suspects that any financial impact will be temporary at best. She anticipates some supply chain disruptions for technology products, however.

“Typically after natural disasters, the governments will come in and there will be a big spending boom as they rebuild and it spurs economic growth,â€ she said. “So there’s probably going to be a couple of quarters of negative impact, assuming the global growth continues, but I think higher oil prices are a bigger concern than Japan.â€

The good news is that there may be some lucrative investment opportunities on Japanese exchange-traded funds, particularly when the market plunged in the early days of the disaster. Even while aftershocks from the earthquake rocked financial markets, according to the data from TrimTabs, an investment research organization, US investors poured $1.2 billion into Japanese ETFs, the biggest weekly inflow on record. It was a sign that bullish investors foresee a market rally.

Asserts Alston Paige: “It’s a very reasonable place to look for investment opportunities. I think a lot of the smart money has already gone in and recognized that. I’m not sure what the total damage was once the market opened, but it’s a way to buy into a rebound in Japan. You could even call it a dead cat bounce which would be much more speculative.â€