What You Can Learn from... the Barry Bonds Conviction 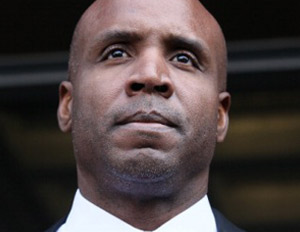 Eight years since the BALCO investigations and allegations surrounding several major league baseball players’ involvement with steroids and other performance enhancing drugs begun, Barry Bonds, arguably one of baseball’s best players, was recently found guilty of obstruction of justice. The jury couldn’t come to a decision on three other charges, which included the use of steroids. The news of Bonds’s conviction has stirred great debate and analysis from sports professionals, writers, fans and legal experts on everything from his incredible career performance to a financially competitive sports environment that drives athletes to win by any means necessary. “He’s the greatest player outside of Babe Ruth,â€ wrote USA Today sports reporter Bob Nightengale in the article “Does Barry Bonds Get a Hall Pass.â€ In a roundup by sports journalists arguing for and against Bonds’s candidacy for baseball’s Hall of Fame, Nightengale argued: “Maybe he got some help in his later years. Then again, it was a level playing field. He was facing plenty of pitchers who may have been helped as well.â€

Some may find an excuse of sorts for Bond, but if you get caught in an act of wrong doing just to get ahead professionally, can you blame the work culture? For professionals in the workplace, the answer is no! Navigating organizational culture is the most difficult aspect of being a successful professional. In fact, most employees fail, not because of poor working standards, they fail because they don’t understand the ideologies, the protocol, the etiquette of their environment; they don’t understand the culture. And so because there can be pressure in going along to get along, it can be easy for an employee to get entangled in questionable, unethical or even illegal behavior because it’s what everyone else is doing. Most unethical behavior in corporations does not occur in isolation. Many times it’s supported by the culture. Just as Nightengale suggests that Bonds was just keeping up with the demands of his sport, it’s not uncommon to hear similar excuses in the workplace: “Everybody here tells sexual or racial jokes, you gotta be thick-skinned to work here.â€ “Accounting turns a blind eye to personal lunches on the company card.â€ “They told me to hit these numbers; they don’t care how I get there.â€

Here are some considerations to keep your reputation solid and your career on track.

Just say no: Always maintain a high work ethic. Resist temptation to even tacitly support illicit behavior. It is within your right to say that you disagree with certain business practices or make recommendations to redirect co-workers. I know a senior-level professional who constantly battling her colleagues on questionable spending requests. She is fighting a culture where if executives could present a “feasibleâ€ argument for their spending, it was allowed. If any circumstance is beyond what you can manage, be prepared to look for another job. No job is worth risking your education.

Take strategic risks, not stupid chances: Employees will always be presented with opportunities to develop an idea or move a project to the next level. There is inherent risk in operating outside of the parameters of your job. But any strategic risks must be calculated based on working knowledge, assumptions and research. You should never alter data or programs or manipulate people or situations to achieve a professional goal. You can always recover from making a mistake in strategy. You could damage your reputation and destroy your career for misrepresenting your position.

Be mindful in social situations: In building your network it is absolutely necessary for you to engage in activities outside of work. They may include sports outings, fund-raising events, and even holiday parties, where there’s dancing and alcohol. These social encounters are opportunities for you to meet senior-level managers, engage your co-workers and show that you are socially adept outside of the work environment. But managing social situations at work require discipline. Drinking too much, talking too loudly, or engaging in inappropriate behavior with other coworkers, can easily ruin your professional profile. And because at a certain level, so many corporate political games are psychological, these situations are perfect opportunities for others to evaluate your character and gauge your weaknesses.

Winging It: Success Tip of the Dayâ€”When in Doubt Try Tulips