What You Could Learn From ... Soulja Boy's Social Media Marketing Success

Tell the truth:Â When you saw the name Soulja Boy in the headline, you grimaced, right? After all,Â what could the average professional or entrepreneur learn from a guy who has blown his nose with $100 bills andÂ flaunted his perceived wealth via a video showcasing money stuffed inÂ shoe boxes and lavish diamond-encrusted pendants? (And let us not forget his infamous “shout out” to slave masters and controversial lyrics, which have receivedÂ significant backlash.)

But on Oct. 29, the 20-year-old platinum-selling recording star–whose smash “Crank That (Soulja Boy)” made him one of the youngest artists to have a No. 1 single on Billboard’s Hot 100–sat down with Lee Hawkins of the Wall Street Journal to discuss how he used social media to expand his brand and ultimately, his profits. Despite his controversial missteps, such a discussion brings to light social media marketing strategies that could benefit almost any burgeoning entrepreneur or BE Nexter. Â

See the video below, and then read our tips for what you can learn from it.

Strategically using social media to build a fan/consumer/follower base on an independent grassroots level can provide a big boost to a company bottom line:

Check out our related content on maximizing your social media strategy:

Engaging with a consumer/fan base and presenting an idea/concept/product in a way cool enough to go viral can also expand your brand exposure and profits:

Paying attention to new innovations in technology could help grow your business:

Read more: Check out our related content on how to increase your presence and monetize your brand via Web:

How to Capture the Eyes (and Wallets) of Web Users

How to Increase Your Online Presence

What strategies have you used via social media to expand your brand/customer base/company exposure? 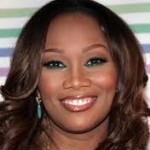 Tyler Perry’s Business Model and the Future of Black Cinema