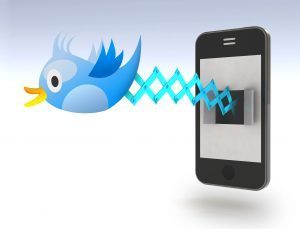 Something’s afoot at Twitter. The social media platform announced it is laying off 9% of its global workforce duringÂ aÂ Q3 earnings call on Thursday.

The layoffs will commence even though Twitter beat earnings expectations, posting quarterly revenue of $616 million, which is up 8% year-over-year.

The reduction in workforce is part of the company’s plan for restructuring. These plans include “reorganizing the company’s sales, partnerships, and marketing efforts […]to create greater focus and efficiency to enable Twitter’s goal of driving toward GAAP profitability in 2017,â€ according to a statement released by Twitter.

“Our strategy is directly driving growth in audience and engagement, with an acceleration in year-over-year growth for daily active usage, Tweet impressions, and time spent for the second consecutive quarter,â€ said Jack Dorsey, Twitter’s CEO.

“We see a significant opportunity to increase growth as we continue to improve the core service. We have a clear plan, and we’re making the necessary changes to ensure Twitter is positioned for long-term growth. The key drivers of future revenue growth are trending positive, and we remain confident in Twitter’s future.â€

“We’re getting more disciplined about how we invest in the business, and we set a company goal of driving toward GAAP profitability in 2017,â€ said Anthony Noto, Twitter’s CFO.

“We intend to fully invest in our highest priorities and are de-prioritizing certain initiatives and simplifying how we operate in other areas. Over time, we will look to invest in additional areas, as justified by expected returns and business results. In addition, our live strategy is showing great progress. We’ve received very positive feedback from partners, advertisers and people using the service, and we’re pleased with the strong audience and engagement results.â€

Twitter has struggled toÂ monetize its platform, which averages 313 million monthly active users. Or, as Bloomberg News puts it bluntly, Twitter is “unprofitable” and is “trying to control spending as sales growth slows.”

None of the companies moved ahead with the deal. In remarks at a technology conference, Salesforce CEO Marc Benioff said he gave up on the Twitter buy after investors expressed their concerns.