WhatsApp Web is finally available for iOS users, according to VentureBeat.com.

It allows users to send messages via the WhatsApp service to their friends from a computer.

According to Venture Beat, the feature was first found via Twitter users, who reported seeing the new feature in the settings area of the WhatsApp iPhone app earlier today.

Looks like WhatsApp Web is turned on for iOS. pic.twitter.com/qGYwlqahIi

As with any new rollout, not everyone has access to the feature yet, but WhatsApp is officially listing iPhone support on its Web page. How it works: Users must visit the Web page to scan the barcode with their phone, and the browser “mirrorsâ€ conversations from your mobile device in real time.

Facebook acquired the popular messaging app for $22 billion in February 2014, and it now has more than 800 million users.

It’s one of the top messaging apps downloaded by people of color both in the U.S. and abroad, with 46% of Hispanic and 47% of African American teens using a messaging app compared with 24% of white teens. Last year, South Africa was No. 1 in adoption rate of the app, at 78% 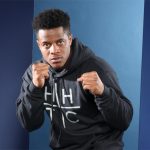 [Video] Hollywood Hino: How to Stay Driven & Be Great

FacebookTwitterYoutube
← [Video] Hollywood Hino: How to Stay Driven & Be Great ← Truancy No Longer a Crime in Texas
×
'