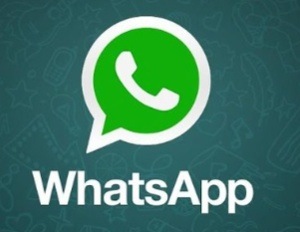 The messaging company was purchased by Facebook for $19 billion last month.

Only a day after boasting about its record numbers, WhatsApp suffered from a service outage that left users unreachable for a few hours.

In a tweet made April 1, WhatsApp declared that 20 billion messages were sent and 44 billion were received within a 24-hour span, bringing its total number of messages handled in a single day to 64 billion.

The numbers are different mainly because those sending messages were sending group messages, and those receiving didn’t respond in kind.

Unfortunately, the company received a slice of humble pie, as the service was down this morning for various users around the world. Most of the issues have been resolved since then, but the fact remains that the startup company is still vulnerable to issues like downtime.

After WhatsApp’s acquisition by Facebook last month for $19 billion, the company ran into a string of bad luck, from outages that crippled the service and allowed rival apps like Telegram to gain in popularity to accusations of potential privacy violations due to the acquisition.

But with the new numbers released, the company is cementing its position as one of the largest messaging apps available today.

new daily record: 20B messages sent (inbound) and 44B messages received (outbound) by our users = 64B messages handled in just 24 hours.

WhatsApp was the latest acquisition by Facebook until a few weeks ago, when the social networking company purchased virtual reality headset manufacturer Oculus VR for $2 billion to the dismay of the Internet.