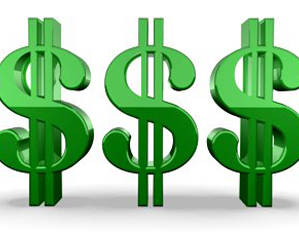 Spending money can be tricky, especially when there never seems to be enough to go around. Most consumers intuitively know it’s smart to go for the best deal, and yet the best deal isn’t always the cheapest deal. It’s important to save where you can but it’s just as critical to know when to spend and where. Sometimes saving money means spending far more than you intended in the short term in order to save in the long run. In other words, sometimes it’s better to splurge.

[RELATED: The Best Times of the Year to Snag a Deal]

Here are six areas in which conventional wisdom says you should splurge.

Health and healthy foods
According to a 2015 report by the Center for American Progress, individuals tend to spend less on their healthcare when they are subjected to higher fees or deductibles–which has lowered overall healthcare spending. You may not be able to avoid medical issues, but the more you splurge on preemptive care and maintain a balanced, healthy diet, such as buying healthy foods or shelling out a copay, for example — the more you may save later. The Centers for Disease Control and Prevention estimate that an obese individual spends, on average, $1,429 more on medical costs each year than someone at a normal weight. Preventive measures, even if they cost extra, are important.

In addition, you need to quickly address ailments so they don’t turn into something major later on.Â Food tends to be one of the few budget items that can be juggled to save money here and there. The problem is that people often choose to buy poorer quality food, which isn’t as healthy. The food you eat will determine your energy level and resistance to colds and illnesses. Also, learn the tricks of the coupon trade so you can get quality food and save money at the same time.

Computer
When faced with the options of a cheap PC and a more expensive one, go for the more expensive one. You will end up with a lighter computer, better battery life, and much stronger processing power. The processor is the key to the speed of a PC, and this is not the place to get cheap. These days, you can find both desktops and laptops in the $800 price range; a good place to start, which means you snag a great deal with multiple functionalities without going over the top in price.

Professional assistance
Nobody wants to be taken, but if you’re about to hire a contractor, mechanic, accountant or attorney, you likely can’t afford a bad one. If you’re considering going with the person offering the cheapest rates, conduct a rigorous references check and do everything you can to make sure you’re hiring someone competent and reliable. For professional financial services, it’s better to be safe now than to be sorry later, that’s why it’s usually best to splurge. For instance, an accountant will be aware of missed tax breaks and audit protection that will help you save substantially in the long-term.

Home improvements
Your home is your sanctity where you spend many of your waking hours, and you want it to reflect who you are. Obviously, it’s easy to go overboard in splurging on your home, so caution and balance are key. If you consider your house as an investment vehicle, be careful about the home improvements you choose. For example, upgrading a master bedroom or kitchen will be reflected in the home’s value, but renovating your garage generally will not. Still, maintain your home as best as you can — for your own comfort, and to make it easier to sell someday.