Casualties of the NBA's Amnesty Clause 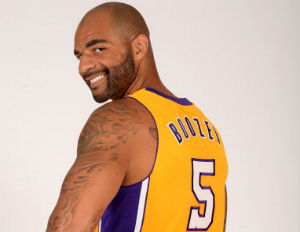 Exciting news if you’re an NBA owner, GM, coach, or a free agent.

No? Nobody? Well… if you’re just a fan, at least you don’t have to worry about your favorite team being bogged down with an albatross contract going forward (well, mostly except for the Knicks and Nets). Fox Sports declared recently that we’ve reached ‘the end of the NBA amnesty era’. For those unfamiliar, following the latest NBA lockout in 2011 – the league and players union reached an agreement that said in part, teams had the opportunity to cut one player without any salary cap ramifications. The team would still be responsible for paying that player the entirety of their salary, but at least the team could move forward in pursuit of other players without the former players contract standing in the way.

Generally, the ‘amnesty clause’ was viewed by most as an opportunity to dump all those inflated contracts for under performing players, some due to injury, some just overvalued. Here’s the list of players in order of their 2014-2015 payday, courtesy of Fox Sports:

10: Travis Outlaw – amnestied by the Nets just one year into his $35 million contract, no longer in the league so the Nets are on the hook for the remainder of that deal.

9: Luis Scola – waived by the Rockets, currently contributing off the bench Â to the Pacers, which means that the Rockets are only on the hook for the difference in salary.

8: Mike Miller – waived by the Heat after the fallout of Lebron James’ return to Cleveland. Now plays [in brief spurts] alongside Lebron again on the Central Division leading Cavaliers.

7: Drew Gooden – waived by the Bucks, currently contributing off the bench to the Washington Wizards on their playoff run.

6: Josh Childress – signed a five year deal with the Suns worth $33.5 million, no longer in the league after being amnestied meaning the Suns are paying all of it.

5: Brandon Haywood – waived by the Mavericks, currently playing Lebron and the Cavaliers. Also, Fox Sports notes that he’s due $10.5 million next season.

4: Andre Blatche – signed a three year $24 million extension with the Wizards, but was amnestied before the extension even began. Currently playing in China, and will collect his full Chinese league salary PLUS his Wizards salary.

2: Carlos Boozer – currently playing for the Kobe Bryant-less Los Angeles Lakers for $3.2 million, and not playing for the Derrick Rose led Chicago Bulls while still earning a whopping $10.3 million from the team.

1: Brandon Roy – suffering setback after setback stemming from injuries, the Trailblazers amnestied the three time All-Star and franchise player. While Roy briefly returned to the Timberwolves, in 2012 he’s now retired.

According to RealGM.com, the only players that are still eligible under the amnesty clause are the eastern conference leading Atlanta Hawks big man, Al Horford; the starting point guard and motor of the western conference 5th seeded Memphis Grizzlies; and the 2014 NBA regular season MVP and six-time All Star from the Oklahoma City Thunder, Kevin Durant.