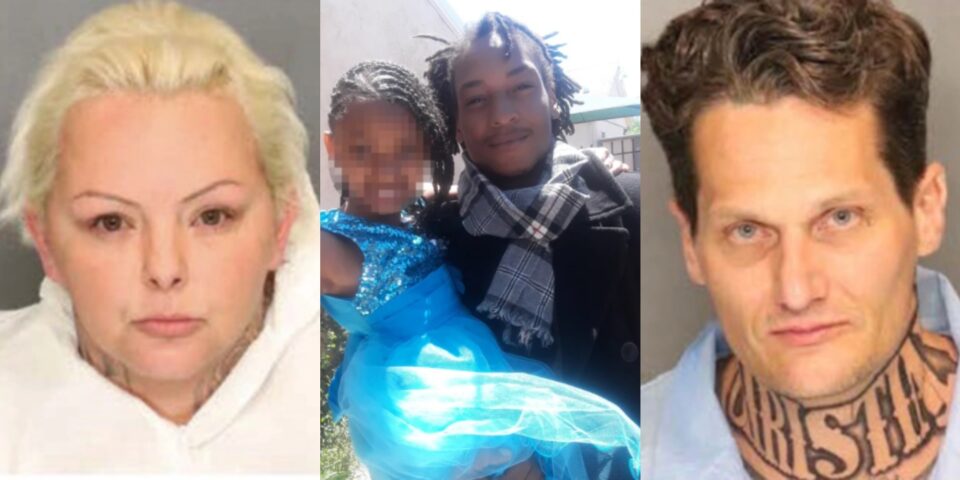 A white couple has been charged with murder and hate crimes after killing a Black Navy veteran and youth pastor at a California gas station last week.

The charges carry a “special circumstance,” over the possibility that Peoples “was intentionally killed because of (Peoples’) race, color, religion, nationality or country of origin,” a March 18 complaint read.

If found guilty on the hate crime charges, the suspects face a prison term of life without the possibility of parole. In determining if race were a factor, prosecutors reviewed photos of a Swastika and the words “white power” tattooed on Jones’ body.

A third person, Christopher Dimenco, 58, was also charged in connection with the murder. Dimenco was hit with accessory to murder charges for helping Garner and Jones “avoid or escape” arrest, CBS News reported.

Peoples was shot and stabbed multiple times after walking into a Chevron gas station in Tracy, California, to get quarters for his girlfriend who wanted to do laundry.

The girlfriend, who stayed behind in their car, recalled seeing Justin Peoples enter the gas station before the suspects followed him inside, Peoples’ father, Maurice Peoples, said.

“He had the heart of a lion to survive but he just didn’t make it,” Maurice Peoples said.

Justin Peoples worked as a youth pastor at a local church and two jobs delivering auto parts and packages. He leaves behind two sons, ages 11 and 2, his father said.

“It doesn’t make a difference what color you are. Some are Black, some are brown, some are light-skinned….We have all colors, but we know the human race is the number-one color we need to be fighting for,” Peoples’ aunt Berniece Bass said.