Advancing Equity for Women and Girls of Color 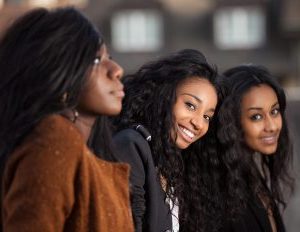 This post was originally postedÂ byÂ Valerie JarrettÂ on The Grio.

Today, at an event at the White House,Â we are releasing a new reportÂ on our progress to advance equity for women and girls of color throughout the Obama Administration, and on the work that remains ahead.

We are proud of what it represents, as a marker of how far we’ve come through the culmination of the work the White House Council on Women and Girls was founded to do.

President ObamaÂ created the Council on Women and GirlsÂ in March of 2009 to ensure that in every aspect of our work, every agency, department, and office in the Federal Government takes into account the needs and aspirations of women and girls.

Since its inception, we have fought for equality by challenging disparities and believing that change is possible. The Council’s work has always been personal to the President. He was raised by his mother and grandmother, and watched as they fought against the sturdy glass ceilings they tried to break. He is married to a bright, highly accomplished wife. So he has watched her struggle to balance the needs of their children with the demands of her work, knows that she bears the disproportionate responsibility in caring for their children, and he wants his daughters to grow up knowing that they can compete on a level playing field.

So he understands why investing in women is important. He understands the impact it has on families and communities, that we cannot do it alone, and that this is all the more important when more than 50 percent of women are in the workforce, and more than 40 percent of working moms are the primary or sole breadwinners.

This work is personal for us too.

We are single moms and the sole breadwinners. We’ve seen first-hand how a lack of paid family or sick leave, or affordable childcare, or equal pay, or workplace flexibility can hurt mothers and fathers alike. We have worked in male dominated workplaces and seen how double standards around negotiating for pay can hurt women and their families.

So we came into the White House with an intimate sense of why these issues are important — and a clear-eyed view of both the challenges and opportunities.

We’ve also known that we don’t have all the answers — and that the best solutions are informed by the American public. So over the past eight years, we have brought in thousands of stakeholders to hear from them about the pressing challenges they face, and learn from them about what solutions make sense.

We have worked with women from all walks of life — from immigrants and those in low income and marginalized communities, to cisgender and transgender women, veterans, and women with disabilities — and we have given them all a seat at the table. Their voices and experiences have informed our priorities, and we’re proud of our work together.

So, we have prioritized investing in early childhood education, improving K-12 schools, and making college affordable and accessible. We’ve prioritized expanding STEM education, including by identifying disparities that disproportionately affect girls of color. We’ve expanded the earned income tax credit, the child tax credit, and the college tax credit, and lowered taxes for hard working Americans while asking those who can most afford it to pay a little more.

We’ve helped build a national movement for criminal justice reform, and focused on issues such as the sexual-abuse to prison pipeline and juvenile justice disparities that affect women and girls of color. We’ve championed It’s On Us to combat sexual assault on college campuses and given K-12 schools a better way to fight it there as well. And we are proud of the new tools to protect against violence that were contained in the reauthorized Violence Against Women Act.

In November 2014, we released a report titled “Women and Girls of Color: Addressing Challenges and Expanding Opportunitiesâ€ to identify barriers and disparities facing women and girls of color. This report addressed work done over the first six years of the Administration that has improved the lives of women and girls of color. It discussed important issues, such as educational attainment, economic security,Â healthÂ and safety, violence against women, and criminal and juvenile justice. It also announced that a federal interagency working group would begin work to develop opportunities for advancement.

One year later, in November 2015, the Council released a new report, “Advancing Equity for Women and Girls of Colorâ€ to highlight some of the additional steps taken by the Administration on issues faced by women and girls of color from 2014 through 2015. In that report, the Council on Women and Girls identified five data-driven issue areas where interventions can promote opportunities for success at school, work, and in the community. The five issues included:

Today’sÂ reportÂ serves as both a follow up to the 2014 and 2015 reports, as well as a summary of the Obama Administration’s accomplishments.

We have taken important steps forward to elevate and address key issues that disproportionately affect women and girls of color, including women and girls from marginalized and underserved populations. Moreover, the call to action around this work has inspired philanthropic leaders, academic institutions, and non-profit organizations to continue efforts that sustain and build upon the progress we’ve seen over the past eight years.

Today, women’s high school graduation rates are up to record highs. Teen pregnancy rates are at record lows, with disparities narrowing for girls of color. And more than half of college graduates are women.

Over the last eight years, the number of private sector workers with paid family leave has grown by 6.2 million — about a 73 percent increase — and 10.6 million more Americans have access to paid sick leave. That progress is due in part to the 28 communities around the country that have taken action on paid sick leave, and the 25 communities on paid family leave — all since 2014. We’ve prevented health insurers from discriminating against women and ensured women have access to preventive services including birth control, cancer screening, and domestic violence counseling.

So as the story of the Obama Administration’s Council on Women and Girls comes to an end, we remain inspired, optimistic, and ready to continue this progress. Our work is far from done, but we have shown that together, we can bend that arc of the moralÂ universeÂ toward justice. We’ve seen firsthand that although our task is daunting, change only seems impossible right up until it becomes inevitable. We know that when we invest in a girl and her mother who are struggling, we can change not only their lives but the communities in which they live.

We know that when we ensure a young girl has access to the same education, from computer science classes to after-school programming and sports, we shape not only her future but the futures of many others. We know that when a little girl has the freedom to be whoever she wants to be, that also means that little boys have the freedom to be whoever they want to be too. And when we work to address the challenges that women and girls of color face, we lift up our whole nation.

We know that, as President Obama has long said, when women succeed, America succeeds. 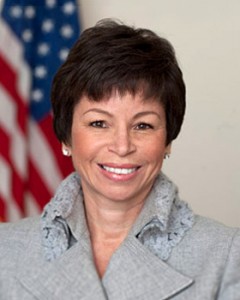 This post was written by Valerie Jarrett, the Senior Advisor to the President and Chair of the White House Council on Women and Girls.

Tina Tchen is the Chief of Staff to the First Lady and Executive Director of the White House Council on Women and Girls.