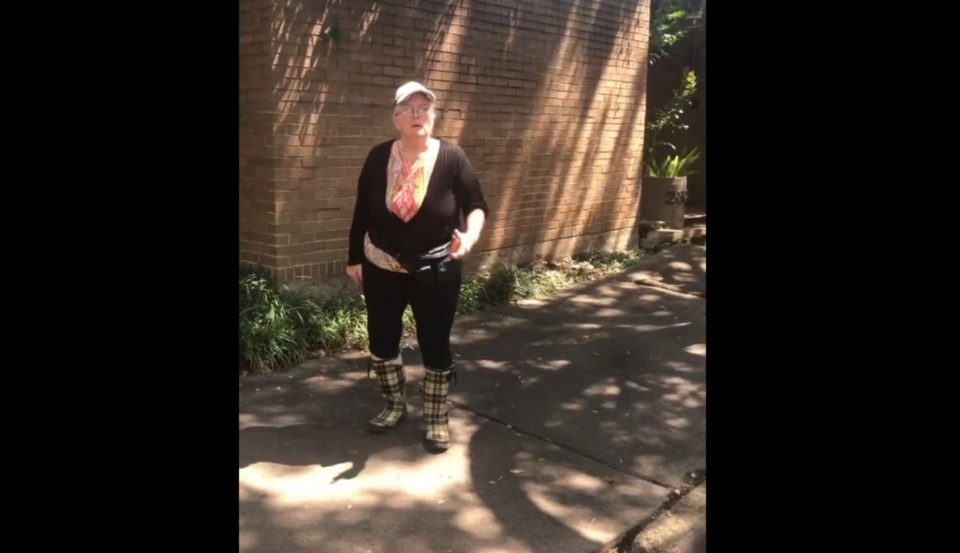 A white woman in Houston has been caught on video harassing a Black census worker who told her he was “minding my own business” before she called the police and accused him of being obnoxious and walking toward her in a threatening manner.

According to The International Business Times, the Black census worker was standing in front of her neighbor’s house as he was going door-to-door collecting data for the 2020 census. The man recorded the encounter and posted it to his Instagram account.

As the white woman is “reporting” him to the police, she clearly is attempting to make the situation seem more volatile than it is. At one point, she says into the phone, “He doesn’t need to be here. He’s yelling at me.”

To which he responds, “I’m not yelling. I’m talking loud so you can hear me.”

She then states, “He’s approaching me right now.”

This is part 1! Currently waiting for @houstonpolice to arrive. Anglo Saxon woman called the police on me for not bothering her. So, we gonna wait! If I don’t post a follow up that probably means Karen was successful and the police shot me like they popped that mentally ill kid 21 times. Don’t cry…ride if they do! 💯 @artacevedo if possible, can you have a unit out here as quick as possible, I have work to do!

The census worker stayed on the scene for two hours waiting for the arrival of police and was later told by police on the scene that the woman never called them. He posted an update.

Thank You @houstonpolice for arriving promptly 2 hours later! They saying she didn’t call the police, but that not what the operator mentioned. They told me they already had a call from this area but couldn’t give me any arrival details. Only reason I stayed this long is because I wanted this Karen to learn to mind her f*ckin business. Back to the money because I’m In the clock right now. 💯