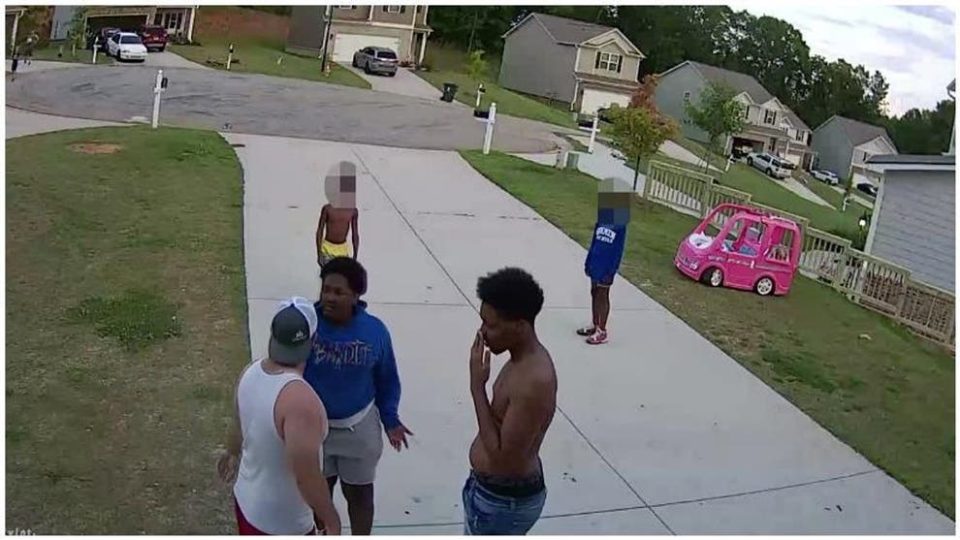 A white man who took the parenting of a Black teen into his own hands is facing criminal charges after using a belt to beat the child.

Shocking video footage shows the moment when 29-year-old Matt Martel decided to charge at a pair of teens and use a belt to discipline them, 11 Alive reports. Fifteen-year-old, Maliyk Sim, was playing basketball with his cousins in Villa Rica, Georgia, when the next-door neighbor came outside with a belt.

“I was just panicked. I could not believe that in 2021 a fully grown man would think that it was OK to come outside with a belt,” said Maliyk’s mother Latika Sim. “When you see the video, he is running full speed at him and he’s caught off guard.”

In a police report, Martel claims he was upset at the teens for using profanity while playing basketball and came outside to discipline them as if they were his own kids.

In the video, Martel can be seen grabbing the teenager and shoving him toward the garage of the Carrol County home, the Independent reports.

Maliyk says Martel  “grabbed me with his hands around my neck. He threw me up against a garage and I hit my head.”

Latika says her son tried walking away from the man but Martel allegedly chased after the teenager with a belt.

“My son has played football, he has played every sport, he is fully capable of defending himself. But he knew he could not defend himself. So he walked away. He walked away and still this man is chasing him with a belt. So now I am in a full panic because my kids are unprotected,” Latika said.

After seeing the attack, Latika called the police. Martel was arrested and charged with assault, battery, cruelty to children, and disorderly conduct.