After Being Called the 'N-Word,' I Discovered My Own Complacency 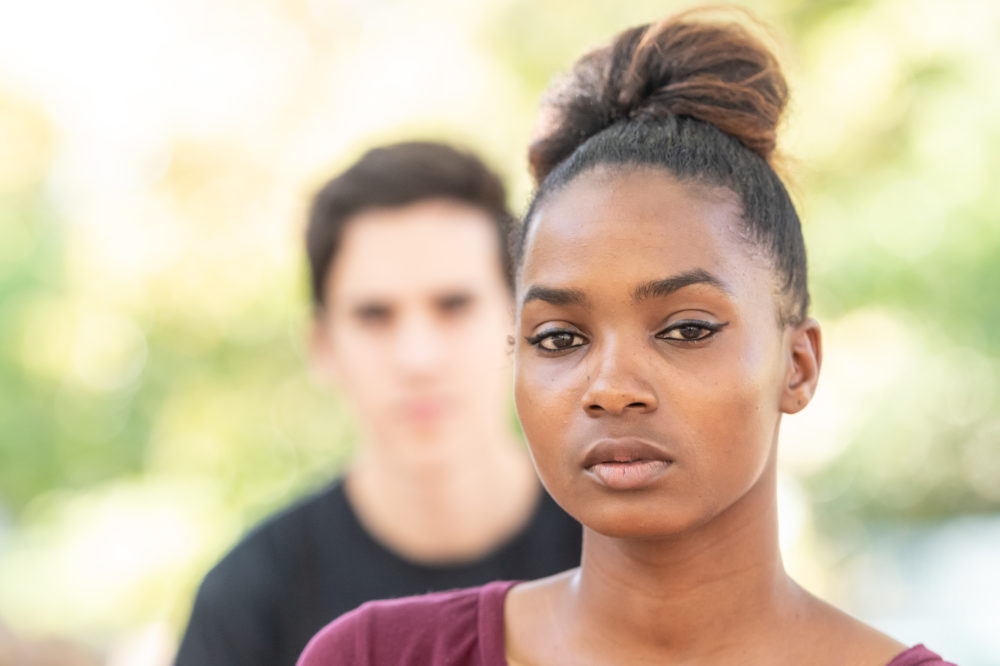 Words affect me. Blatant disrespect angers me. So, when those two collided in what I believed to be a racist rant that ended in me being called “the N-word,” I had a visceral reaction.

It was a surreal experience.

A black man I have known for many years introduced me to this white man. When I stood to shake his hand, the white man said, “What’s up n—a?”

Caught completely off-guard, I reacted. “What the (expletive) did you just say to me?”

He didn’t flinch. Instead, he put his hand over his mouth and said, “I guess I can’t joke around here.”

Disclosure: I am an open book. I try as much as possible to use these experiences to create change. But, it is with this same openness that I will share that my change fuel ran low. I cursed him out. My normal filter was unleashed.

Curiously, releasing my venom didn’t faze him. He would talk to me most of the evening. It ruined my night and my weekend.

Afterward, I kept asking myself why I was so offended. I deal with this kind of social disorder for a living. People say off-kilter things to me all the time that most people would find offensive. My training and my book are steeped in granting people permission to feel and say whatever is needed to help them confront and work through thorny feelings, and I encourage people to say what they want to say without worrying about being politically correct.

But, “a lesson bought is a lesson taught.” Through this experience, I learned two things about myself—one, when I go into a training, I am dressed in my invisible suit of armor that is ready to deflect any offensive words that fly my way. My mindset is primed for me to be able to leave those words in that room. That night, I didn’t have my superhero suit on. And two—this was a white man.

Fast forward two days. With the help of friends, I was able to get a message to him that I wanted to meet. He called me within 20 minutes and we set a time for that day. I had no expectations for this meeting except to try to understand if he was racist or whether he truly thought this was the way to connect with me. Upon sight, I could tell he was nervous, even remorseful, and I was still angry.

His explanation didn’t make me feel better because hard-partying granted him an excuse for memory loss. He didn’t remember anything about the night. I reminded him and gathered that he used the n-word regularly. He admitted that he uses it with a close group of black friends, who don’t seem to mind. The bad news for him was that I wasn’t his friend and I minded immensely. He further explained that the first time he said it around his friends, he was nervous but since no one objected, he kept using it. My questions to him were: why did you want to use the word? Why was that so important? His answer to me was, “I wanted to belong.” His response fired all cylinders for me.

To say I was pissed off would be an understatement. This level of anger caused me to search within myself and my values, which led me to discover my own complacency. After I calmed down, I questioned why I was so mad and most importantly, would I have been as angry if a black man walked up to me and said the same thing. I can answer that question easily, “no.” I may have been taken aback somewhat because it’s not a usual greeting for strangers, even if we are both black. But, I would have known immediately, that he meant it as a term of endearment or a point of connection. I would not have had a visceral reaction to it. This double standard is a part of the larger problem.

Do not misunderstand me. By saying my feelings are a double standard, I am not letting this guy or anyone else off the hook, including myself because I have used the word as well. I am simply saying the history, blood, and death attached to the word dictates that the word should die from everyone’s vocabulary. The word doesn’t only belong to the ignorant, outright racist. My perpetrator is somewhat known in our community. He is professional and educated. I expected more when I learned more about him. This experience, along with many conversations, including with a group of eighth-graders, has challenged me to expect more from everyone. No matter how you feel about it, when white people say it, it feels racist and extremely offensive. When black people say it, it comes off as shared camaraderie or connection between friends. Black people need to understand the word devalues our humanity and diminishes the experiences of our ancestors, while white people need to understand the word demeans our humanity and perpetuates racism.

He asked for my forgiveness and I felt it was sincere, so I forgave him. As we grasp onto hope, mine is that we will continue to extend grace, seek out understanding through civil discourse, and be change agents.