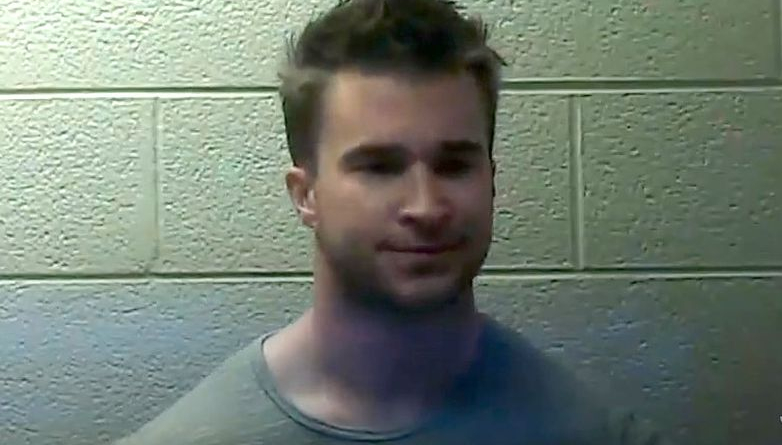 A white man has been sentenced to prison after he terrorized a Black family who displayed a Black Lives Matter sign in their window.

According to Macomb Daily, a white man who was a neighbor to a Black Michigan family harassed the family when he slashed tires on one of their vehicles and also wrote racist graffiti on a pickup truck, all due to the family having a Black Lives Matter sign in the window of their home.

Michael Frederick, who is 25, became a menace to the family back in September 2020 when he committed these acts against them. Earlier this week, Macomb County Circuit Court Judge Diane Druzinski sentenced Frederick to four to 10 years in prison after the man pleaded no contest to all of the charges related to his actions.

During his sentencing, Frederick stated, “I targeted these people because I didn’t like their political sign that they had in the window. I think you guys are some great people and didn’t deserve this at all.”

Frederick had reportedly fired nine shots at the home of Candace and Eddie Hall, who resides on Tallman Avenue near 11 Mile and Hoover roads. He also wrote graffiti on a vehicle, which included a swastika, and slashed several tires on three vehicles at the home.

Last month, Frederick pleaded no contest to three counts of ethnic intimidation and two counts each of discharging a firearm at a building, felony firearm and malicious destruction of property, one between $1,000 and $20,000 and one between $200 and $1,000.

The Associated Press reported that the family forgave Frederick for his actions.

“I’m not angry, I’m not. I’m forgiving,” Candace Hall, 55, said at his sentencing. “You’re a good kid and have a chance. You made a bad choice, and we understand that. We have children ourselves. We’re not hateful people, we’re Christians.

“With so much of the bad that happened, so much good came out of this because even though it was an evil, hateful act, it actually brought us — the neighborhood — together with love and comfort and compassion, even including his parents.”