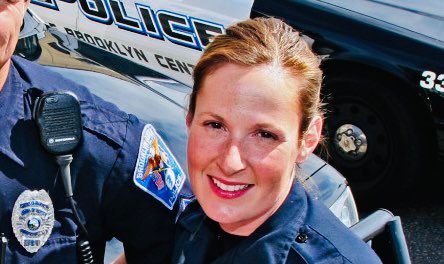 A white police officer who fatally shot a young Black man several days ago has been arrested and charged with second-degree manslaughter.

According to the Star Tribune, former Minnesota police officer Kim Potter, who resigned after she killed Daunte Wright three days ago, has been arrested on a charge of second-degree manslaughter authorities have stated. The charge carries a maximum penalty of 10 years in prison and a $20,000 fine.

The arrest comes a day after Potter resigned from the Brooklyn Center Police Department after claiming that she mistakenly fired her service weapon thinking it was her taser gun.

“I have loved every minute of being a police officer and serving this community to the best of my ability, but I believe it is in the best interest of the community, the department, and my fellow officers if I resign immediately,” Potter wrote, according to the St. Paul Pioneer Press.

Potter, a 26-year veteran, and a former police union president pulled Wright and his girlfriend over Sunday due to an expired tag as they were headed to his older brother’s house. Wright had an outstanding warrant in his name and police tried to handcuff him outside of his car.

According to NBC News, there were several incidents in which police officers killed civilians. In April 2019, former Minneapolis police officer Mohamed Noor was convicted of third-degree murder and second-degree manslaughter after killing Justine Ruszczyk Damond. He was sentenced to 12 ½ years in prison.

In 2015, two white Minneapolis police officers involved in the fatal shooting of a 24-year-old Black man, Jamar Clark, were not charged in connection with the killing.

And, of course, the trial of Derek Chauvin is taking place right now. Chauvin is charged with killing George Floyd while applying pressure on his neck by kneeling on it for almost 9 minutes.