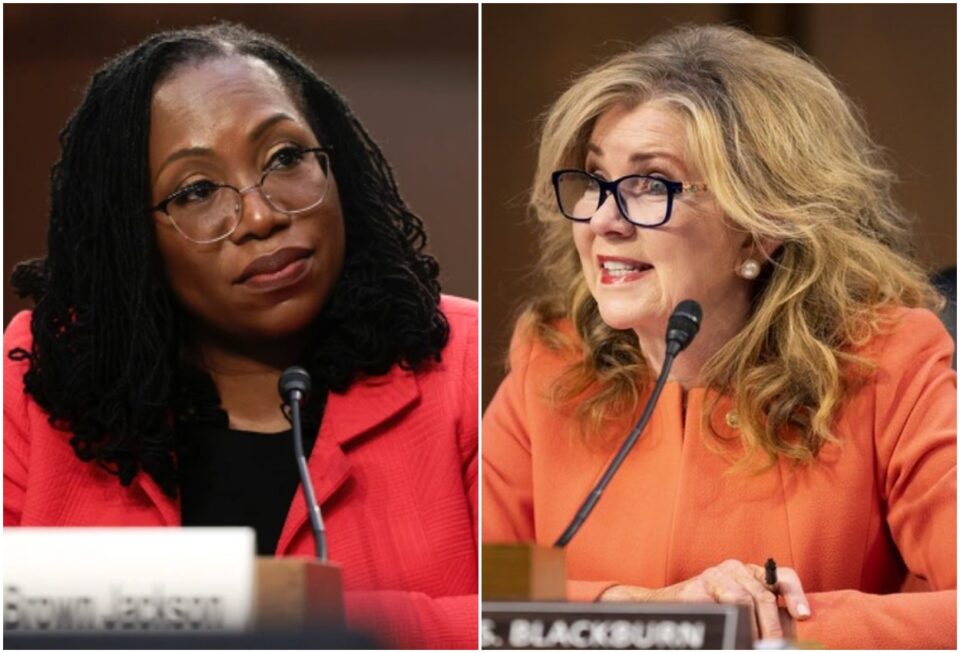 Business Insider reports on Monday, Blackburn gave her opening statement during the hearing and accused Jackson of supporting the “progressive indoctrination” of children, and questioned if critical race theory was Jackson’s “personal hidden agenda.”

“You serve on the board of a school that teaches kindergarteners — 5-year-old children — that they can choose their gender and teaches them about so-called white privilege,” Blackburn said.

“This school has hosted an organization called ‘Woke Kindergarten’ and pushes an anti-racist education program for white families,” she continued.

Blackburn seemingly accused Jackson of pushing a “progressive” agenda in education. Jackson is a trustee at Georgetown Day School that teaches students pre-kindergarten through 12th grade.

Blackburn: Is it your personal hidden agenda to incorporate CRT into our legal system? pic.twitter.com/V0x3xd8EEr

“Your public endorsement of this type of progressive indoctrination of our children causes one great concern when it comes to how you may rule on cases involving parental rights,” Blackburn added. “Moms and dads are very concerned about this progressive agenda that is being pushed in some of our public schools.”

While referencing an old letter Jackson wrote that stated all judges have hidden agendas, Blackburn asked the first Black woman nominated to the Supreme Court, “What’s your hidden agenda?”

“Is it to let violent criminals, cop killers and child predators back to the streets? Is it to restrict parental rights and expand government’s reach into our schools and our private family decisions? Is it to support the radical left’s attempt to pack the Supreme Court?”

Jackson wasn’t allowed to respond to individual senators on the first day of the hearing. But the probe will continue through Thursday at the Senate Judiciary Committee where she’ll eventually be given the chance to respond to the accusations of her background and views.