White Supremacist Group Protested In Philly On Fourth Of July; Got Chased Out By Black People 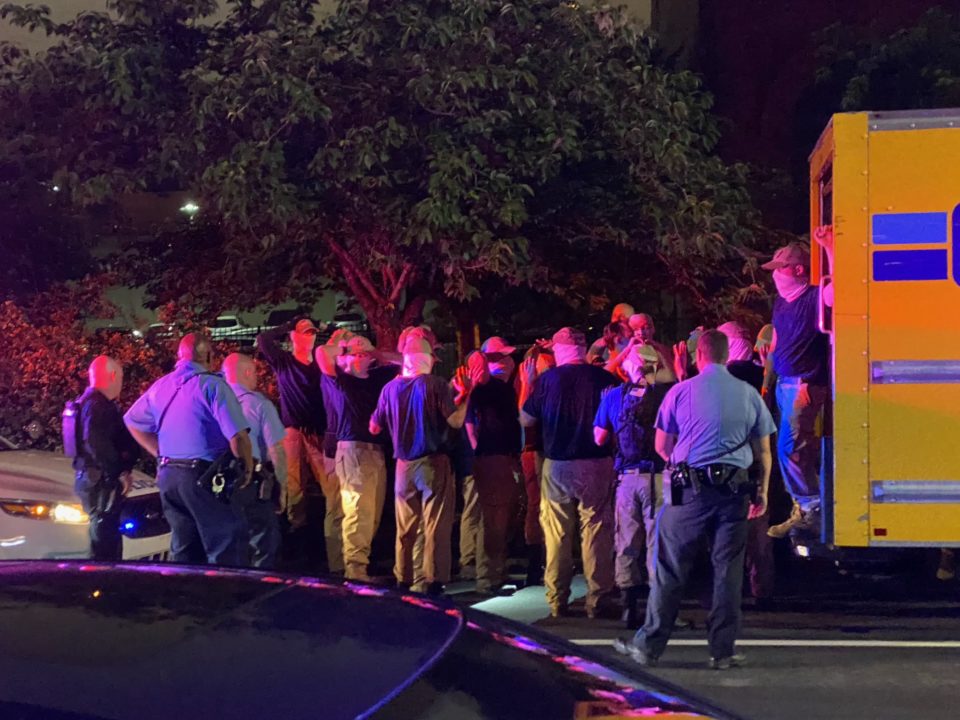 A white supremacist group held a march down Philadelphia’s Benjamin Franklin Parkway toward Penn’s Landing on the Fourth of July with an objective to “Reclaim America.”

Similar to the deadly 2017 riots in Charlottesville, Va., a group of about 200 demonstrators called Patriot Front stormed the streets of Philly, specifically Center City, with confidence. However, they cowered in fear once counter-protesters arrived on the scene, The Philadelphia lnquirer said.

Related stories: AOC SLAMS ALL-WHITE GROUP INFRASTRUCTURE NEGOTIATORS ‘THAT’S HOW YOU GET GOP ON BOARD’

Last Saturday, Patriot Front members, who were armed with shields, smoke bombs, a blockade of rented Penske trucks, and banners touting “Reclaim America,” aggressively coordinated their arrival to send a message to the first lady who was scheduled to be on Independence Mall on the following day to observe the city annual Celebration of Freedom Ceremony, CBS Philly Action News reported.

Patriot Front, a hate group based in Texas that reportedly had to relocate a bulk of its Texas members to Philadelphia for the occasion, promotes “racism, anti-Semitism, and intolerance,” according to the Anti-Defamation League and Southern Poverty Law Center.

When Patriot Front was promoting its  “reclaiming America” motto, Black residents rose up and reportedly intimidated the shielded white supremacists.

Leading up to the event, Philadelphia’s Anti-Defamation League regional director Shira Goodman said that the group has been campaigning its propaganda with distributing leaflets, posting stickers, and spraying graffiti in the city. The group also participated in mob-like meet-ups and posted the videos on social media as a recruitment tool.

It is alleged that Patriot Front was responsible for defacing the George Floyd mural in the Olney section of Philadelphia after it was discussed on the group’s private message boards, the Inquirer reported.

“It’s like they’re saying, ‘We’re here. We’re nearby,’” Goodman said. “The danger is always there. We know these groups have become more emboldened in recent years, and that things that have been in the shadows of the internet have come offline.”

Mayor Jim Kenney said that he was “personally appalled and disgusted” with the Patriot Front march, saying hate groups do not belong in Philadelphia.

“White supremacy and racism are among the greatest scourges this country has faced since its founding,” Kenney said. “While we respect everyone’s right to exercise free speech, our administration stands against everything these groups represent.”