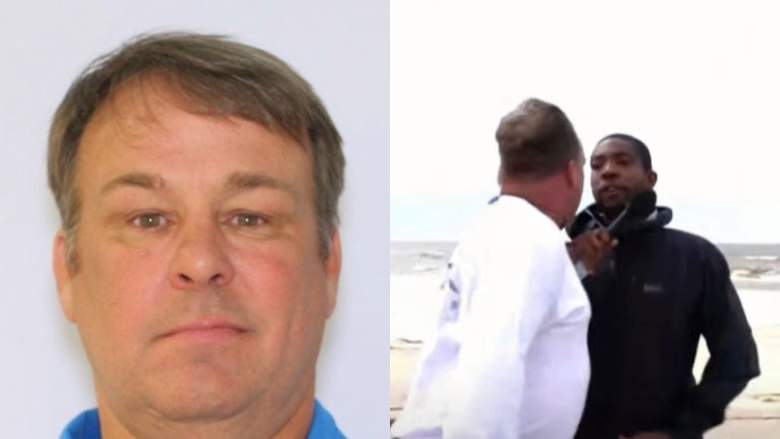 The white man who was filmed assaulting a Black news correspondent during a live broadcast in Mississippi has been identified.

Benjamin Eugene Dagley of Wooster, Ohio, was identified by the Gulfport Police Department in Mississippi on Tuesday, Deadline reports. Police issued out arrest warrants charging him Dagley with two counts of Simple Assault, one count of Disturbance of the Peace, and one count of Violation of Emergency Curfew.

Dagley violated his probation in Ohio when he traveled to Mississippi in a Ford truck during a citywide curfew caused by Hurricane Ida. The suspect approached Shaquille Brewster Monday around 12:38 p.m while he was in the middle of a hurricane watch update.

Dagley can be seen parking his car before running out towards Brewster and approaching him in a threatening manner.

Some guy jumps out of a pickup truck and angrily confronts Brewster's crew, prompting a shaken Craig Melvin to express extreme concern for his colleague. pic.twitter.com/v1tYnUsqTj

After the wild encounter, Brewster tweeted that he was doing fine.

Appreciate the concern guys. The team and I are all good!

MSNBC host Craig Melvin expressed his support for Brewster on-air and on Twitter. “This is beyond unacceptable and disgusting. @shaqbrewster was trying to do his job on a beach in Gulfport, MS. Shaq is ok,’ Melvin said. “This guy who nearly attacked him clearly is not.”

“Shaq Brewster is an exceptional journalist. Like the consummate professional, he did not let someone intimidate him from doing his job,” she said. ‘We’re glad he and the team are safe, and we couldn’t be more proud and supportive of their work.”

Following the attack, police were able to determine that Dagley had a prior criminal history and were alerted of a possible probation violation out of Cuyahoga County, News 5 Cleveland reports. Dagley had a prior offense where he wasn’t allowed to travel outside of Ohio, police said.

In addition to the arrest warrant issued by Gulfport police, Dagley also had a warrant issued by authorities in Cuyahoga County for violating his probation. Dagley’s current whereabouts remain unknown but believe he may be traveling in a 2016 Ford F-150 with Ohio license plate PJR1745.