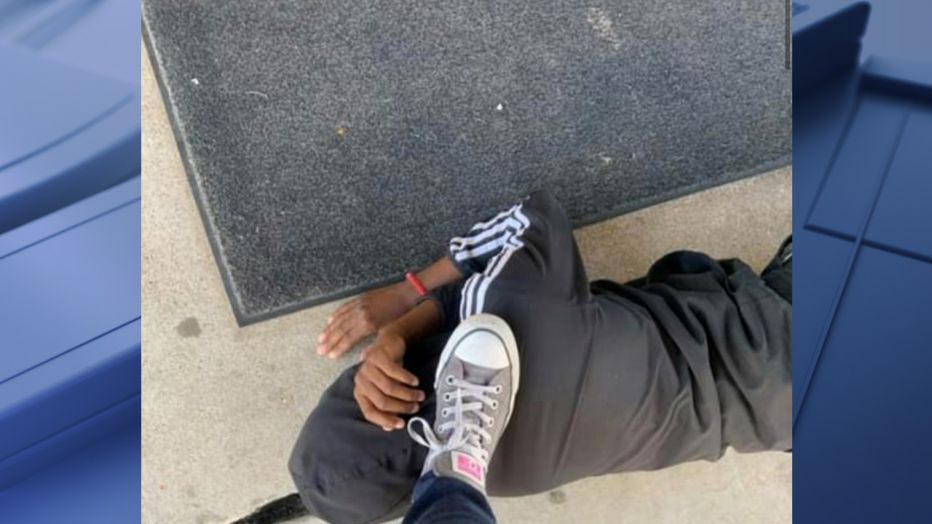 A Texas teacher has been placed on administrative leave after a picture of her standing above a student with her foot on his neck was released. The image resembled the act that led to George Floyd’s death.

On Wednesday, the Greenville Independent School District responded to the viral picture at Lamar Elementary School by apologizing to parents, Complex News reported.

RELATED CONTENT: WHITE TEACHER USED THE N-WORD ON A BLACK STUDENT, GOT HER GLASSES SMASHED

“My initial thought when seeing the photo was actually disgust and concern for the child in the picture. Again it’s completely unacceptable, it’s completely out of the norm for our community and expectation that we have here at Greenville ISD,” Demtrus Liggins, the superintendent of the Greenville Independent School District, said. “Our community embraces diversity and we celebrate our differences here and we take the safety and dignity and respect of our students and staff very seriously. So to have something like this occur, although I do not have all the details for it since it’s under investigation, there’s no excuse for it.”

However, the picture was staged by a Black 10-year-old boy named Zaelyn Jackson who has a close relationship with his White teacher, who was not identified, according to KXAS-TV, a local NBC owned-and-operated television station licensed to Fort Worth, Texas.

As a photo opportunity and a lighthearted joke between two friends, Jackson, encouraged by his classmates, got on the ground and posed underneath his teacher’s foot.

“She’s a good person, she’s a good woman, I mean everybody is going to feel the way that they feel, and I understand in today’s society you can’t joke like that, you can’t play around like that, maybe it’s just a lesson learned …” Jackson’s mother said. “She assured me that she would never do anything to hurt me or my child, and I know that she didn’t need to tell me that. Her last words to me were, ‘Do me a favor, and regardless of what happens with this situation, never stray away from the fact that I love you, I love your son, and I will never do anything to hurt y’all.'”