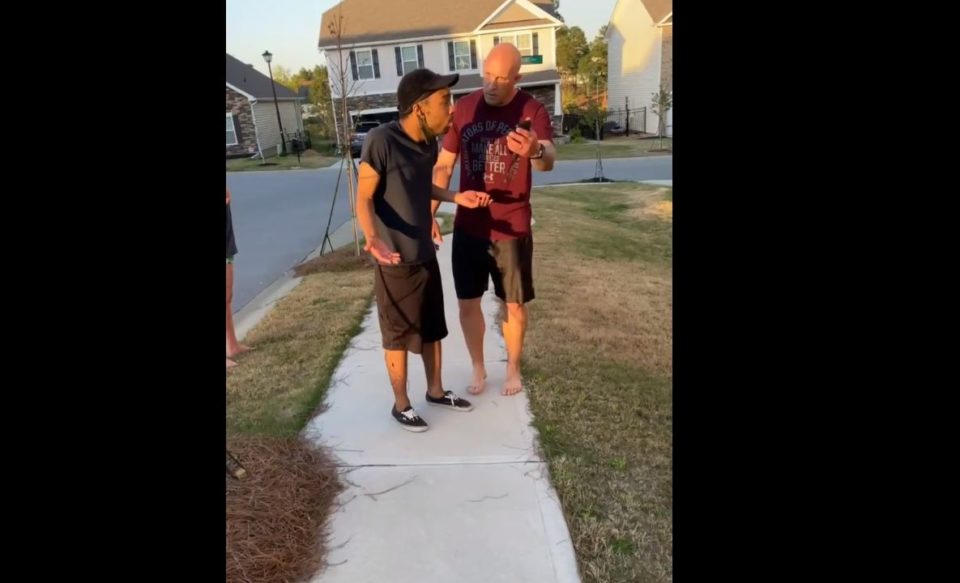 In a video that has gone viral, a white Army soldier is seen pushing a young Black man demanding that he leave his South Carolina neighborhood. That aggressive serviceman has now been charged with third-degree assault in the incident.

According to The Washington Post, U.S. Army Sergeant Jonathan Pentland, 42, has been charged on Wednesday and detained at the Richland County Jail, and issued a personal recognizance bond. He was seen on a video, posted Monday by a Facebook user, demanding that a Black man leave his neighborhood as he also threatened the man with physical violence.

“You’re in the wrong neighborhood,” Pentland from Columbia, South Carolina, tells the man while standing on the sidewalk. “I ain’t playing with you. … I’m about to show you what I can do.”

Shirell Johnson, who witnessed the incident posted a video of it on her Facebook page.
“Me and bestie was out for our evening walk and came across this quickly escalating situation of a young man walking while black in the wrong neighborhood!!! If we had not been there it definitely wldve gone from 0-100 really quick! Mothers/Fathers protect your sons….teach your sons…racism is alive & well! The guy clearly assaulted the young man and we intervened. The only thing the white guy was charged with was malicious injury to property for slapping the cell phone out the young man’s hand and cracking the screen! We prolly helped save this young black man’s life today!!”

Richland County Sheriff’s Department released a statement regarding the incident.

“Sheriff Leon Lott will be meeting with elected officials and representatives of various organizations today to discuss the incident in the Summit.
He will be updating them on the investigation prior to a public release.
Sheriff Lott realizes the importance of putting out correct information quickly as there has been a lot of incorrect information distributed through Facebook and other social media.
We want to ensure the community knows this incident has been a priority for our Department.
The video in itself is very disturbing and has helped tremendously in our investigation.
More information will be provided when it becomes available.”