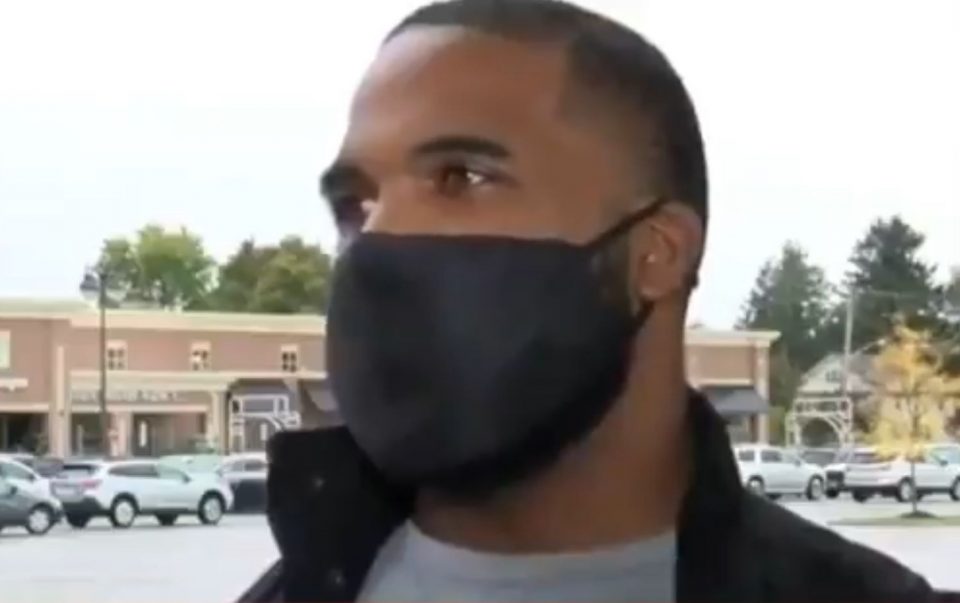 A Black Ohio man says that he was racially profiled when a white woman called the police on him because she claimed he was acting strangely while placing groceries inside his vehicle, according to the Atlanta Black Star.

The incident took place in Solon, Ohio, as Philip Evans said he was loading his groceries into the car in the parking lot at the Solon Giant Eagle supermarket on Sept. 18. He realized a woman was pointing her mobile phone toward him and was filming him as she followed him.

Evans said, “I’m like: is this lady videoing me, is she taking pictures of me?”

Well, the woman was calling 911 as he stood there.

According to Cleveland 19, the woman was speaking to a 911 operator and said, “There’s a brand-new SUV Infiniti, black, and sitting in the parking lot and the guy kept looking around and looking around loading up his groceries.”

“What does the male look like that’s driving?” the 911 operator asked the caller. “Uh, tall black gentleman, shorts, T-shirt and he had a mask on,” the caller replied. “He’s going real slow. He’s just acting real funny, loaded up the car and he just kept looking around.”

Evans then said, “I look in my rearview, and I see the same car behind me. I’m like, okay, does this lady have a problem with me…”

“Thinking back, the only thing I can think of why she would call the police and say those things is because I was Black in a nice car in this neighborhood.”

He was pulled over shortly by Solon Police.

“Like, the police interaction was really good you know? He was just doing his job,” Evans said. “The call came in so, you know, he had to come out.”

As Evans pointed out, things could have gone awry with the recent climate regarding police confrontations with Black people.

“It’s scary to think about you know that just because I was getting groceries and I had a nice car somebody saw that and didn’t think I deserved that and that could lead to potentially me being shot and killed, so it’s a scary thought thinking I wasn’t gonna make it home to my kids,” said Evans.

Solon Police said the police officer stopped Evans for a plate violation as his temporary license plate was in his back window but it was difficult to see because it’s tinted.

He was told to relocate it.

This racist woman HARASSED Philip Evans, an innocent Black man, because he “looked funny” while grocery shopping! She told 911 “I hope you get him!”
Black people have targets on our backs, even while doing normal daily activities! Another day, another #WhileBlack incident… pic.twitter.com/I3GBYf4emH