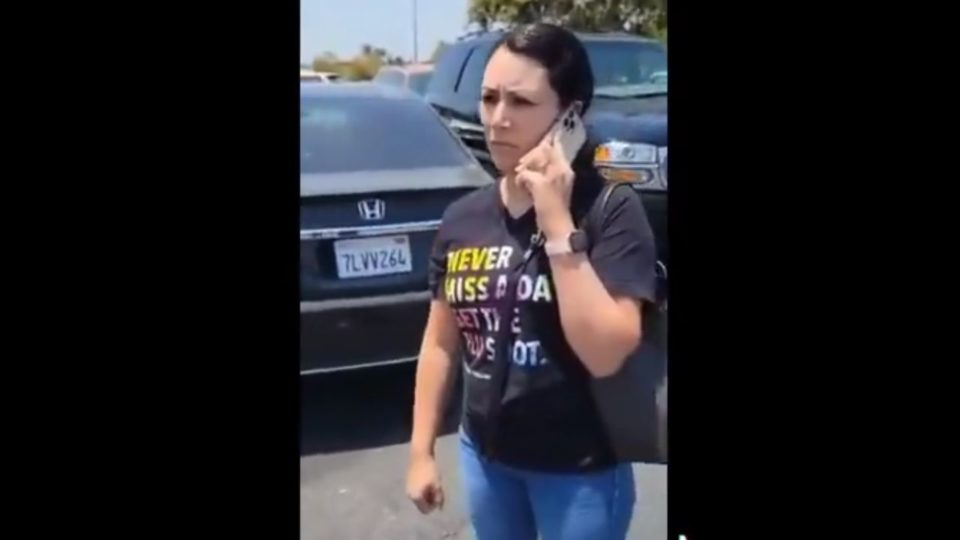 Another day, another case of a “Karen” causing mayhem! This time, a white woman in California confronted a Black teen who she accused of stealing her cell phone.

Similar to how Miya Ponsetto attacked a young Black boy at a SoHo hotel in New York City, minus the violence, a young Black man was accosted and accused of stealing the phone of a shopper’s son as he filmed the interaction, in a now-viral video.

This interaction took place at a Walmart in Moreno Valley.

He continues by saying, “She runs up to me and says, ‘Excuse me, you have my son’s phone?’ I pull my phone out and tell her no, I do not, as well as my money and my ID and tell her who I am and I do not steal, and she continues.”

After Bryant posted the video to social media, the “Walmart Karen” was identified as Liz de la Torres. Based on the T-shirt she was wearing, it was also revealed that she is an employee of Kaiser Permanente.

The company released a statement:

Thank you for sharing this. This video has been brought to our attention and we are actively investigating it. The conduct in this video does not in any way reflect the views or beliefs of Kaiser Permanente.

Bryant has stated that he was “definitely pressing charges” for racial profiling.