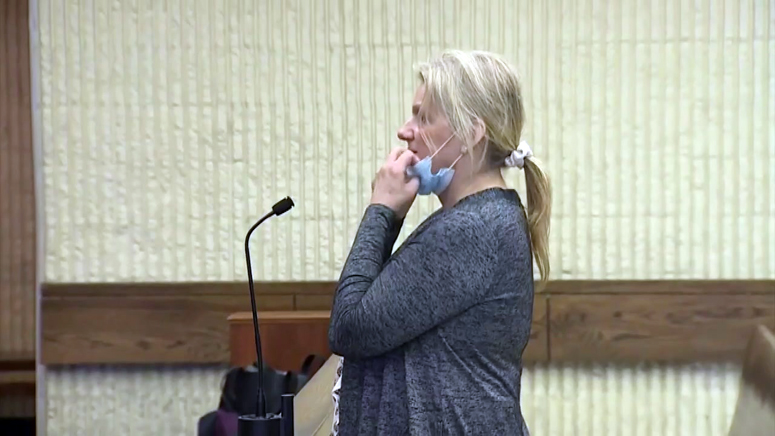 A woman in Lynn, MA who pleaded guilty to driving her car towards three Black moms and their kids has been sentenced to nine months of probation and 40 hours of community service.

According to Boston.com, on July 28 of last year, Rhonda Wozniak spotted the three women coming out of The Cookie Monstah bakery in Swampscott with their five children, ages 5-12. As the families made their way to their cars, Wozniak accelerated in their direction and stopped just short of hitting them.

“When one of the women asked her to slow down,” says a release from the Essex County District Attoney’s Office, “she shouted racial insults and slurs at them and told them to go back where they belong. One of the children asked their mother, ‘Where do we belong?’”

Authorities were able to identify Wozniak using cell phone footage from one of the victims and security cameras outside of the building.

In a statement to WBUR, her attorneys Doug Ryan and Joe Simons said that they had fully expected for this incident to make it to court until their client decided to take a plea deal.

On Tuesday, Wozniak pleaded guilty to assault with a dangerous weapon and eight counts of civil rights violations. The plea deal also saw two or her original charges dismissed: disturbing the peace and disorderly conduct. Wozniak had originally pleaded not guilty to all eleven charges and had been released on $1,000 bail.

“This behavior has no place in this community,” Swampscott Police Chief Ronald Madigan said at the time of her original pre-trial hearing in September 2020. “This incident is particularly troubling given that children were present and were subject to vile racial slurs.  I am hopeful that our response to this incident sends the message that this behavior will not be tolerated in Swampscott.”

Despite saying that her actions, “were harmful and offensive, not only to the victims, but also to the community at large,” DA Jonathan Blodgett still did not feel jail time was warranted in this case.

The victims, who were not identified, have not issued a statement in regards to their attacker’s fate.