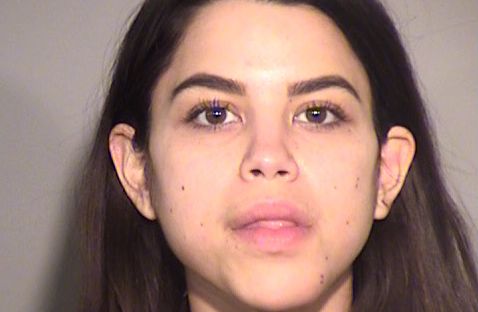 Late last year, in New York City, a young White woman falsely accused the 14-year-old son of a Jazz musician of stealing her iPhone at a SoHo hotel, and a portion of the skirmish was captured on video and posted to social media.

According to CBS News, the 22-year-old young woman who made the false accusation while assaulting the teenager, Miya Ponsetto, has been named in a lawsuit that includes the Arlo Hotel, where the assault occurred.

The lawsuit names Ponsetto, the Arlo Hotel, and Chad Nathan, the manager on duty at the hotel when the accusation and assault took place. The lawsuit accuses Ponsetto and Nathan of engaging in racial profiling and the hotel of negligence.

“Defendants treated plaintiffs differently from other guests and invitees in a place of public accommodation because of their race…The only difference between plaintiffs Keyon Harrold and Keyon Harrold Jr. and the other guests who were not targeted by defendants Chad Nathan and Miya Ponsetto was the color of their skin,” the lawsuit said, adding that the defendants violated New York City’s Human Rights Law, which  prohibits discrimination in public accommodations, housing, and employment.

How many marginalized minorities have suffered because a corporation declared “it’s not our issue”? We should NOT have to sacrifice our dignity to accommodate prejudiced people today! That’s why we have now filed a lawsuit on behalf of Keyon Harrold Jr. against @ArloHotels! pic.twitter.com/YDrdqyMBmF

How many times do we have to hear the excuse “She was just having a bad day” before corporations stop empowering racism?? @ArloHotels perpetuated a system of bigotry by demanding @keyonharrold Jr. give up his phone to prove his innocence against FALSE allegations! pic.twitter.com/zPB4AOaTaR