Who Is Burning Black Churches? 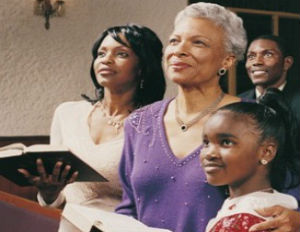 Last night, reports began to surface that the historically black Mount Zion African Methodist Episcopal Church, near the rural town of Greeleyville, South Carolina, had caught fire and burned down. This was the second time in 20 years that community members, and the nation at large, watched the 110 year old institution burn; the first time was on June 20, 1995, when the church was attacked by two members of the Ku Klux Klan. In 1996, President Bill Clinton attended the rededication of the rebuilt church, and said in a speech that “it was the church that saved the people until the civil rights revolution came along.” He added that it was “doubly troubling to people … who spent their entire lives working for equal opportunity among our people…to see our native South engulfed in a rash of church burnings.”

It’s even more troubling perhaps that 20 years later, and in the midst of momentous social progress, racial tension and civil unrest in the nation have reached this point, again.

In less than two weeks following the merciless, racially fueled slaughter of nine black men and women at Emanuel African Methodist Episcopal Church during a bible study in Charleston, South Carolina – less than 50 miles from Greeleyville – there have been at least seven instances of black churches burning down.

Per an NPR report, fires in Charlotte, N.C., and Knoxville, Tenn., are both being investigated as arson. Authorities in Macon, Ga., are investigating another there as “suspicious.” A fire at a Tallahassee, Fla., church was likely caused by electrical problems, authorities have said. Another in Gibson County, Tenn., may have been caused by lightning. One burning in Charlotte is being investigated to determine if it could have been a hate crime. Additionally, investigators continue their examination of a fire at the Glover Grove Baptist Church of Warrenville, S.C.

Speaking with NPR about the recent burnings of black churches throughout the South, Richard Cohen, the president of the Southern Poverty Law Center, said “[it’s] very, very suspicious… Black churches have long been the focus of civil rights activity, and for this reason they’ve been targeted historically… It’s not unreasonable to suspect that what we’re seeing [now] is a backlash to the taking down of the Confederate flag, the determination of our country to face its racial problems.”

In his remarks in 1996, then President Bill Clinton pleaded with the nation, “I want to ask every citizen in America to say we are not going back, we are not slipping back to those dark days. Every time you hear somebody use race or religion as an instrument of division and hatred, speak up against it– every time you hear somebody do that. If you have the inclination, any evidence of anything you have seen or heard that somebody else might be planning to do something like this, tell the local authorities, and let’s stop this before it gets started. If you know anything about any of the unsolved cases, come help us solve them. This is wrong.â€

Many have questioned the media’s coverage, or lack thereof, of the wave of church burnings, taking to social media to express their outrage. Rapper and social activist/commentator Talib Kweli took to Twitter last night to amplify those frustrations tweeting –

There is no race war. Black folk AINT out here looking for whites folks to murder or white churches to burn down. This is terrorism.