It was announced on Friday that Amazon, helmed by CEO and founder Jeff Bezos, will purchase the Whole Foods grocery chain for a whopping $13.7 billion in cash.

Bezos, who also owns The Washington Post, is already the third-richest person on the planet, according to Forbes‘ “The World’s Billionaires” list. He is currently worth $72.8 billion according to the same list.

The world’s richest person is Bill Gates— having amassed an $86 billion fortune. With the purchase, Bezos is estimated to have increased his wealth by $2.5 billion due to the stock market surge upon the announcement.

This nudges Bezos even further up the “world’s richest” list, placing him almost neck-in-neck with the Earth’s second richest person, Warren Buffet.

“Millions of people love Whole Foods Market because they offer the best natural and organic foods, and they make it fun to eat healthy,” Bezos said via a press release. “Whole Foods Market has been satisfying, delighting and nourishing customers for nearly four decades—they’re doing an amazing job and we want that to continue.”

“This partnership presents an opportunity to maximize value for Whole Foods Market’s shareholders, while at the same time extending our mission and bringing the highest quality, experience, convenience and innovation to our customers,” said John Mackey, Whole Foods Market co-founder and CEO in the same release. Mackey will stay on as Whole Foods CEO for now and the company’s headquarters will remain in Austin, Texas.

Wondering What Can He Do With All of That Money

The Amazon CEO is so flush with cash that he may not know what to do with it all. Bezos turned to Twitter yesterday to get some philanthropic suggestions from the Twitterverse.

Thousands chimed in with their thoughts. Here are a few replies to Bezos tweet:

Improve the coverage of genetic research for those who don’t have mostly European ancestries, thereby improving treatments for those pops.

Invest in new models of education & platforms that can accelerate the participation of young Africans in the new digital economy.

Despite Demise of 'Underground' and 'The Get Down,' Demand for Multicultural Content Grows 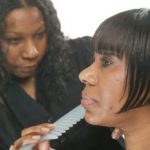 3 Reasons Why Everyone Should Have a Side Hustle