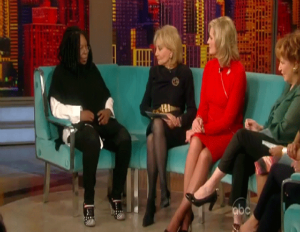 The Grio reports that during a recent interview on ABC’s ‘The View,’ host Whoopi Goldberg asked Ann Romney why neither Mitt nor his five sons had ever served in the military. She also asked why presidential hopeful Mitt Romney had never gone to Vietnam, if he had been a conscientious objector because of his Mormon faith during that conflict or what.

Ann Romney said that many Mormons serve in the military, but that the reason Mitt and none of his sons were ever in the military is because they were serving their Mormon “mission.”