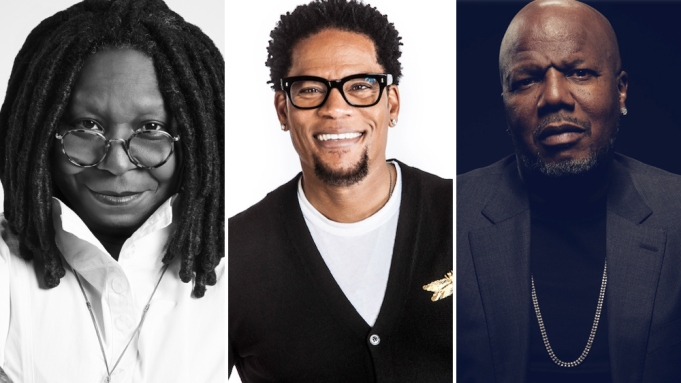 As part of NAACP’s production partnership with CBS Studios, Whoopi Goldberg has scored a new show along with new comedies starring DL Hughley and Earthquake.

Five shows are set to be released under the new venture that will span across broadcast and streaming platforms, Deadline reported. The shows range in genres from drama, comedy, and limited series and will feature new and rebooted content.

Among the rollout is a reboot of the cult 1991 movie Soapdish that will air on Paramount+. Whoopi will reprise her original role alongside Jennie Snyder Urman who is co-writing the dramedy adaptation.

Meanwhile, Hughley, one of the Original Kings of Comedy, is set to return to the TV to headline an autobiographical comedy series at either Fox or CBS. Fellow comedian Earthquake also scored his own comedy series.

The new show slates come over a year after NAACP and CBS inked their exclusive partnership deal aimed at bringing more onscreen opportunities to diverse talent, as noted by The Hollywood Reporter. The network followed up the deal by hiring Sheila Ducksworth as president at CBS in October 2020,

With her new power at the network, Ducksworth tapped into the industry relationships she developed over her two decades in the industry.

With her long history with Whoopi, it was easy for Ducksworth to hop on a Zoom call and map out what they wanted to do. Their shared love for Soapdish is what ultimately led to the upcoming reboot.

Ducksworth also is a fan of both Hughley and Earthquake and was overjoyed to offer them opportunities on the big screen.