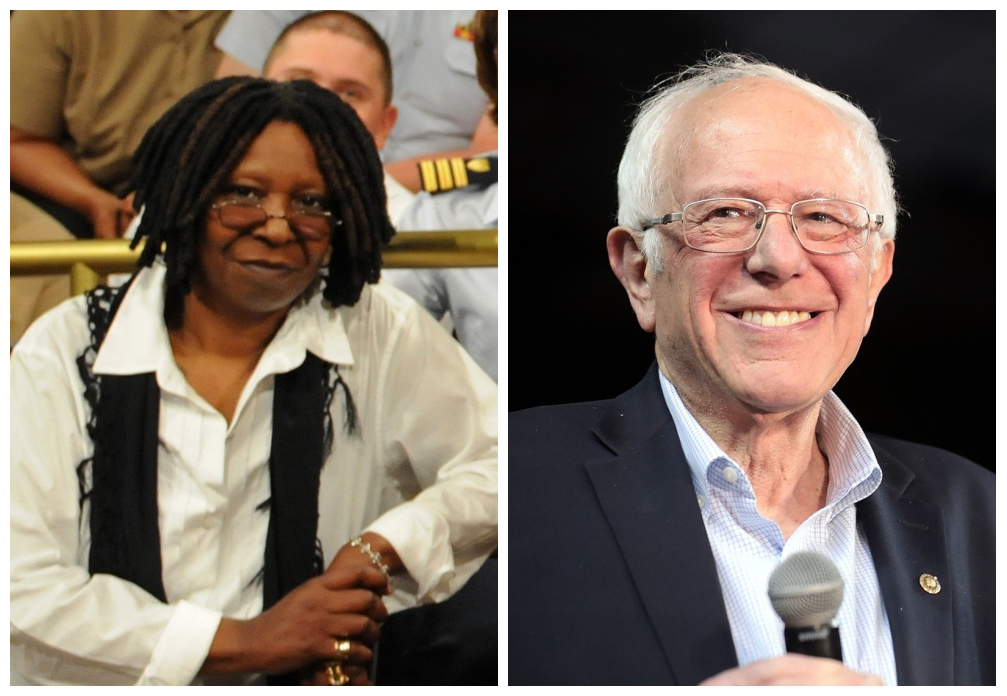 Whoopi Goldberg questioned Democratic presidential candidate Bernie Sanders on why he was staying in the presidential race leading to a heated back and forth between the two Wednesday.

According to The Grio, Goldberg, a Joe Biden supporter, pressed the 78-year old on The View, interrupting him as he outlined his plans to respond to the coronavirus outbreak.

“I have to ask you this question now because I have been watching to see what you were going to do, and I’m told that you intend to stay in this race for president because you believe there is a path to victory,” Goldberg said. “I want to know what that path is because this feels a little bit like it did when you didn’t come out when Hillary Clinton was the person folks were going for.”

“That’s not quite accurate,” Sanders responded. “I worked as hard as I could for Hillary Clinton.”

Sanders then began to map out his way to the nomination, before Goldberg cut him off again.

“Just so we’re clear, you worked for Hillary,” Goldberg said, “but it took you a very, very long time to hop in…and your people also, it took a very long time for them to hop in.”

Surprised by the statement, Sanders repeated that he doesn’t “accept that characterization,” prompting Goldberg to ask again why he was still in the race, this time with a firm tone.

“We are assessing our campaign, as a matter of fact, where we want to go forward, but people in a democracy do have a right to vote. And right now in this unprecedented moment in American history, I think we need to have a very serious look at how we need to go forward,” Sanders added.

As he continued, Goldberg cut Sanders off again asking if it would be “smarter” for him to focus on his stimulus plan rather than splitting his time with a presidential campaign.

“Well we are doing it, believe me,” Sanders replied. “I’m sitting in my house right now. I’m not holding a rally in Wisconsin because of the nature of campaigns.”

This is not the first time Goldberg has argued over politics on the show. Two weeks ago Goldberg argued with co-host Meghan McCain over referring to coronavirus as the “Chinese Virus,” a term made popular by President Trump.

Sanders’ campaign has been hurt by a lack of black voters after being deadlocked with Joe Biden earlier in the year. Many in his campaign believe Sanders was hurt due to bad decisions by his managers.