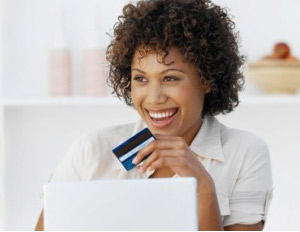 If you thought a great credit score was all you needed to get the best terms on a loan, you’re wrong. Lenders use several measurements to gauge your creditworthiness. One of them is a little-known tool called the custom application score. “There’s an entire family of scoring systems that consumers have never really heard of because no one has talked about them,â€ says John Ulzheimer, president of Consumer Education at SmartCredit.com.”The one model that we always talk about, the FICO credit scoring system, isn’t the only scoring model that is being used with a great degree of volume,â€ says Ulzheimer.

An application model is a scoring system that takes into account information you put on a credit application. Based on the answers you provide, you are then given a custom application score, which is often compared with your credit score. However, lenders also use application scores by themselves in order to make a loan decision. It’s possible to have a good credit score and a bad application score, and vice versa. “That’s actually good because it helps to fill in the missing pieces of the consumer’s story, because a lender might make a bad decision one way or the other. They may decline someone or approve someone. But they might make a different decision if they had seen the other score,â€ says Ulzheimer. In a case where one score is good and one score is bad, lenders usually make their decision based on the lower score. This is because lenders are more conservative in light of the current economic climate.

Custom application models are different from credit scoring models because they collect information that lenders wouldn’t be able to get from a credit report. For example, a credit report doesn’t include your salary, but a loan application does. However, something like your job title would not count against you. “You can’t quantify a job title, which is why lenders focus more on an actual salary number,â€ says Ulzheimer. One manager could make $50, 0000 and another could make $100,000 a year.

Another difference is that custom scores are more predictive than a credit bureau score. “Credit bureau scores are often referred to as generic scoring systems, meaning that any lender of any size can use them; they can all buy the same exact score from a credit bureau. But a custom application score is going to be a score that only they have access to,â€ says Ulzheimer.

“A collection of scoring systems has evolved over time, and is now very common with auto lenders, credit card issuers and mortgage lenders. Any lender of any sophistication is using some sort of application scoring system,â€ says Ulzheimer.

So how can you raise your custom application score? Unfortunately, there are only a few things you can do. For the most part, how you score is out of your control. But Ulzheimer mentions a few things that might help. All the information that you fill out on your application (salary, how long you’ve been with an employer, whether you rent or own, how long you’ve lived at the same address, etc.), is scored. Ulzheimer says demonstrating stability is key. For example, the longer you’ve been with one employer, the better you’ll look to lenders. “You want to be somewhere longer because there’s an air of stability. You won’t be disqualified if you move around a bit, but it’s not going to help your score,â€ says Ulzheimer. Another tip: Don’t leave blank spaces. Lenders don’t like to see missing answers.