Black Women in the Last 50 Years: How Far Have We Progressed? 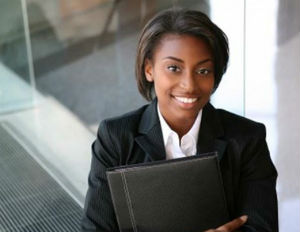 When it comes to the economic standing of black women, they have the highest labor force participation rates among all women and are starting their own businesses at six times the national average rate. Moreover, black women are second only to black men in labor unionization rates (comprising 12.3% and 14.8% of all unionized workers, respectively).

A report released by the Black Women’s Roundtable Public Policy Network (BWR), Black Women in the U.S., 2014: Progress & Challenges 50 Years After the War on Poverty, the Civil Rights Act of 1964 and 60 Years After Brown v. Board of Education, found that significant progress has been made in recent decades but that there are still many areas that remain in need of dire national attention and urgent action.

For example, while black women may work more, they lag behind in pay, earning 90% of what black men earn, and just 68 cents per dollar earned by white men. This is compounded by the fact that studies show half of all single, African American women have no wealth or negative net worth. These gaps translate into a retirement crisis. Largely due to years of pay disadvantages, decreased access to employer-sponsored pension plans, and a stunning lack of overall wealth accumulation, black women over age 65 have the lowest household income of any demographic group in America, according to the report.

RELATED: Check out the articles on our Black Enterprise Women of Power

“This report is a quick glimpse at where we are. We use this document as a road map during our BWR summit,” Melanie L. Campbell, president and CEO of National Coalition and convener of BWR, said in a statement. “Black women are a powerful force and we plan to demonstrate that power by working collaboratively and intentionally across issues to usher in a new set of progressive polices and leaders to champion our cause. In the coming days, we will unveil specific details about the implementation of the Power of the Sister Vote!”

“We look at the tragedies and the triumphs surrounding black women’s lives across a variety of different indicators and areas of inquiry,” added Avis Jones-DeWeever, Ph.D., president and CEO of Incite Unlimited and editor of the report. “Black women have made progress since key historical markers such as the 1964 Civil Rights Act, Brown v. Board of Education, and the onset of the War on Poverty, but many areas remain that need urgent action.”